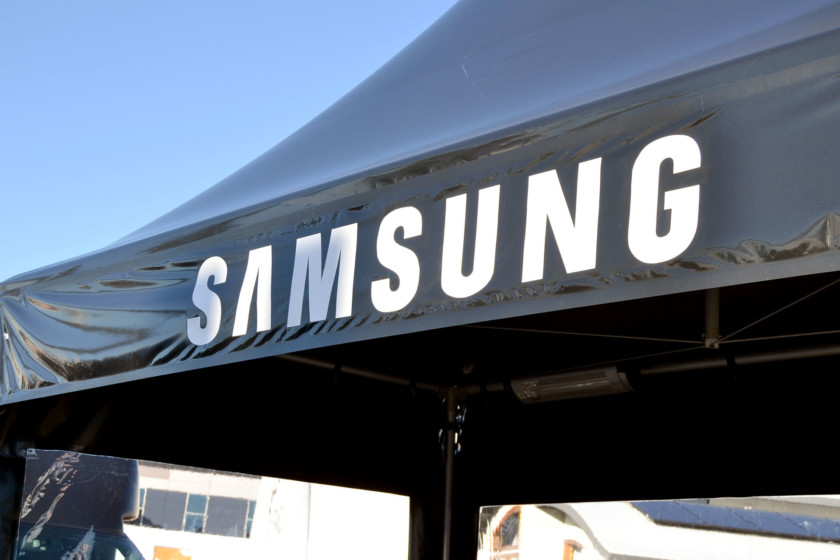 Before we get into what each device offers, it should be noted that these two smartphones likely won’t launch outside China. Granted, Samsung has said it is completely revamping its mid-range strategy, so it’s anyone’s guess as to what the company has planned for these devices. However, the chance of these devices seeing release in other countries is pretty slim.

With that out of the way, let’s get into what we know so far. The Samsung Galaxy A70 appears to be the larger of the two devices, with a whopping 6.7-inch display (the Samsung Galaxy S10 Plus, for comparison, has a 6.4-inch display). At the top of the display is a waterdrop notch, which Samsung will likely promote as an Infinity-U display.

On the back, you can clearly see a triple camera setup, although the specifics of the lenses aren’t disclosed. You can also see what appears to be a gradient color design, although it is possible that it is an iridescent design like the Huawei P20 Pro.

The back of the device shows another triple-camera setup along with a likely gradient color scheme. The fingerprint sensor is also clearly on the back of this device.

Inside, you’ll find a 3,410mAh battery, which isn’t as impressive as the one in the Galaxy A70, but certainly good enough for a device in this category.

The pricing and release dates for these phones aren’t disclosed on TENAA. However, once a device gets certified in China it’s not long until it sees a wide release.

NEXT: Samsung Galaxy A90 “notchless infinity screen” might have pop-up camera