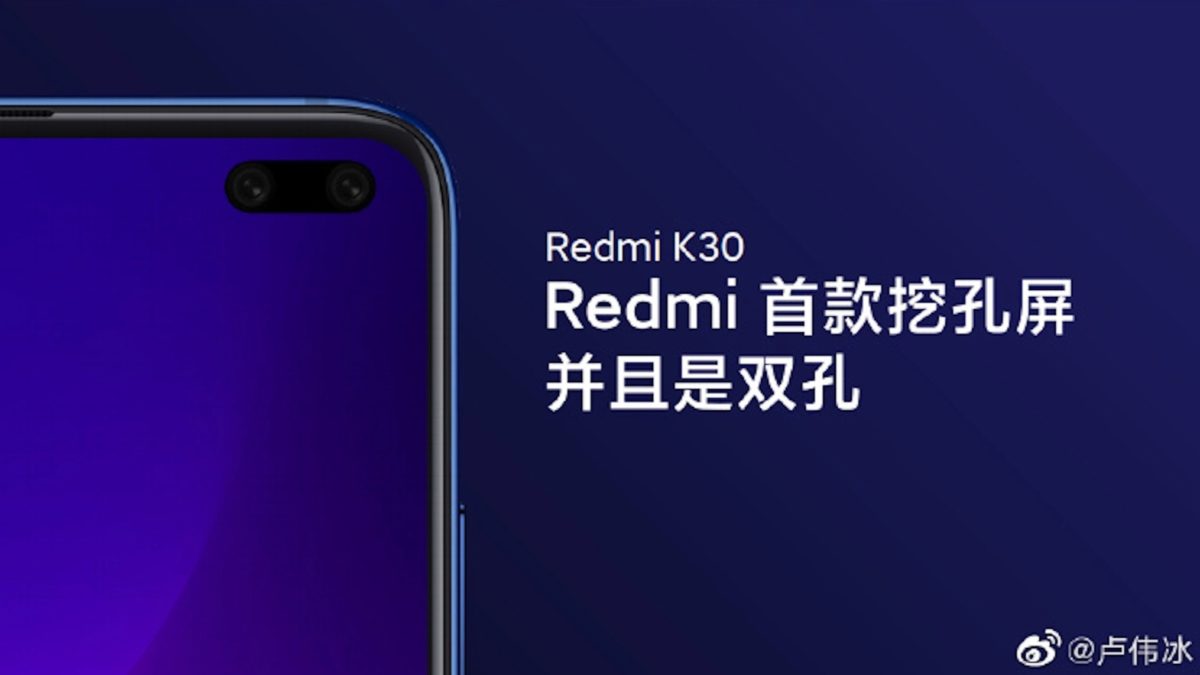 The Redmi K30 is coming and we now have confirmation from Xiaomi that the phone will launch in 2020. Redmi General Manager Lu Weibing recently quashed previous rumors of a December launch for the K30 through a post on Chinese social media platform Weibo.

Weibing’s post does not specifically talk about the K30 launch. Instead, it highlights China Mobile’s 4G hotspot tests where a number of Xiaomi phones were recognized for being the fastest.

According to the Xiaomi executive, Redmi phones will strive for the highest quality in the early 5G era. He mentions the Redmi K30 series at the end of his post which, roughly translated, reads: “In 2020, Redmi is a 5G pioneer. See you at K30!”

This is the first time Xiaomi has confirmed a launch timeline for the Redmi K30.

What we know about the Redmi K30 so far

We first heard murmurs about the Redmi K30 series back in August. At the time, Weibing had confirmed that the phone will feature 5G connectivity.

Another previous teaser from the Xiaomi executive confirmed a punch-hole display on the Redmi K30. The phone is also expected to house dual front cameras in the pill-shaped punch-hole housing.

Xiaomi is a company that aims to offer extremely high-value products at wildly competitive prices. From its phones to its suitcases, Xiaomi pushes the boundaries of price-to-performance ratios by pledging to a maximum of 5% …

Xiaomi CEO Lei Jun recently talked about unleashing a wave of affordable Xiaomi phones with 5G support. Jun said that all of Xiaomi’s phones released in the first half of 2020 for $285 or more will offer 5G connectivity.

If the Redmi K30 has the same June release timeline as the K20 series (called Mi 9T in western markets), it’ll be one of those phones Jun’s talking about. But given the fact that Xiaomi is teasing its release already, we’re likely looking at a much earlier launch window than June.

The company previously hinted that the K30 will not be the most affordable 5G phone out there, but it won’t be too expensive either.

What do you want to see in the new Redmi K30 series? Let us know in the comments section below.