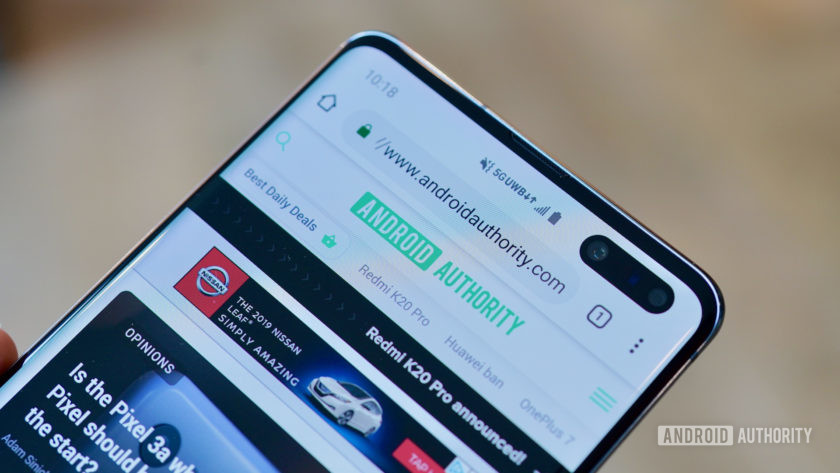 A new report revealed Samsung may be doing away with visible front-facing cameras altogether. No more camera cutouts, and no motorized pop-up selfie cameras. Instead, Samsung may opt for a sensor that hides underneath the display.

Korean website The Elec reported that the first device to launch with this camera will grace our pockets sometime next year. Samsung is adopting the creatively named Under Display Camera technology, or UDC for short.

We’ve already seen a glimpse of this in action from Xiaomi, and I think this is the camera solution most people have been wanting. Cutouts are fine, and mechanical selfies do the trick. But truly hidden selfie cameras don’t inhibit functionality while minimizing moving parts and refraining from obstructing the display.

Related: Xiaomi Mi 9 with under-display camera is a glimpse of the future (video)

Samsung’s under-display camera will work by creating a transparent section where its current punch-hole cameras reside. Under normal use, this part of the display blends in with the rest. When that part of the display is black, it allows light to pass through to the camera hidden underneath. This implementation is the company’s more advanced Hole In Active Area display (HIAA2) compared to the current-gen HIAA1 tech.

Apparently Samsung received its first batch of HIAA2-compatible equipment at one of its campuses this month. The South Korean manufacturer plans to begin mass production in early 2020.

We expect Samsung will initially include this new technology in either the Galaxy S11 or the Galaxy Fold successor.

Samsung One UI 2.0 beta: These are the next countries to get access

The best Samsung laptops you can buy right now

Here’s how to get Android 10 on Samsung Galaxy S10 phones with One UI 2.0 beta

Air Actions on the Galaxy Note 10: What are they and how do they work?