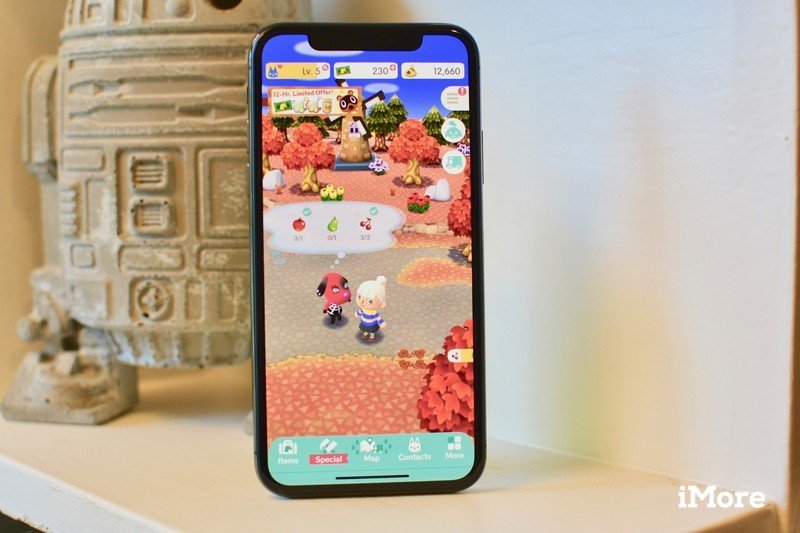 Sensor Tower data suggests that Nintendo’s mobile games on iOS and Android have combined to generate over $1 billion in lifetime player spending.

The majority—$656 million, or 61 percent—of Nintendo’s mobile revenue has come from strategy RPG Fire Emblem Heroes. The next two highest-grossing Nintendo titles were Animal Crossing: Pocket Camp, which has accounted for 12 percent of all user spending among the company’s mobile games, followed by Dragalia Lost at 11 percent.

More than half of that revenue, unsurprisingly, was generated in Japan. $581 million to be precise. Next was the US with $316 million, 29% overall.

Perhaps the most eye-opening statistic is the fact that Fire Emblem Heroes, the highest-grossing title by far, only accounted for 4 percent of Nintendo’s mobile download share. Conversely, Super Mario Run accounted for 244 million downloads, but a very small portion of Nintendo’s overall revenue. 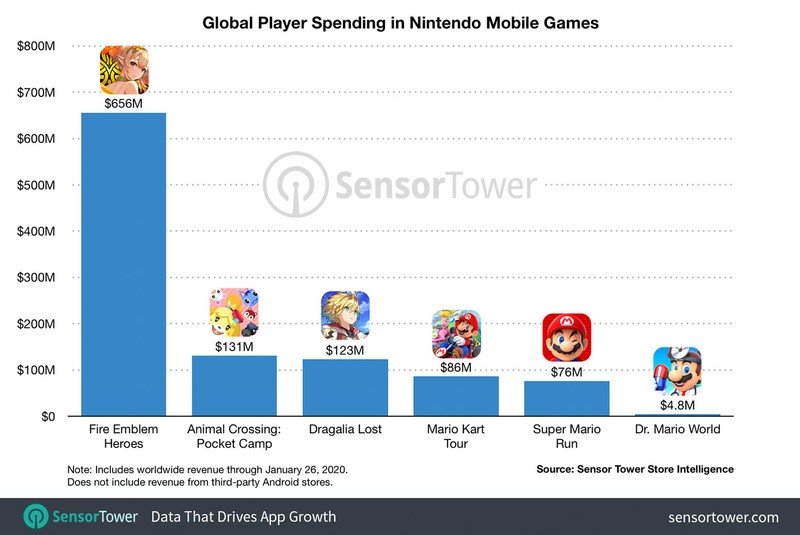 On the data, Sensor Tower said:

Although it has since experimented with other methods of monetization, such as subscriptions in Mario Kart Tour and Animal Crossing: Pocket Camp, Nintendo hasn’t yet managed to replicate the same scale of financial success with its subsequent titles. It did, however, manage to earn more than $350 million from its mobile offerings in 2019, and the publisher will no doubt continue experimenting with—and refining—monetization models in its existing and future titles to grow that total along with new releases later in 2020.