Quiz Khalifa aka Host Malone aka Trap Trebek aka HQ Trivia’s Scott Rogowsky has been pushed out of the live mobile gaming startup. The two split due to disagreements about Rogowsky attempting to take a second full-time job hosting sports streaming service DAZN’s baseball show ChangeUp while moving to only hosting HQ on weekends, TMZ first reported. HQ wanted someone committed to their show.

Now HQ co-founder and CEO Rus Yusupov confirms to TechCrunch that Rogowsky will no longer host HQ Trivia. He tells me that the company ran a SurveyMonkey survey of its top players and they voted that former guest host Matt Richards rated higher than Rogowsky. Yusupov says HQ is excited to have Richards as its new prime time host. It’s also putting out offers to more celebrity guests to host for a few shows, a few weeks or even a whole season of one of its time slots. 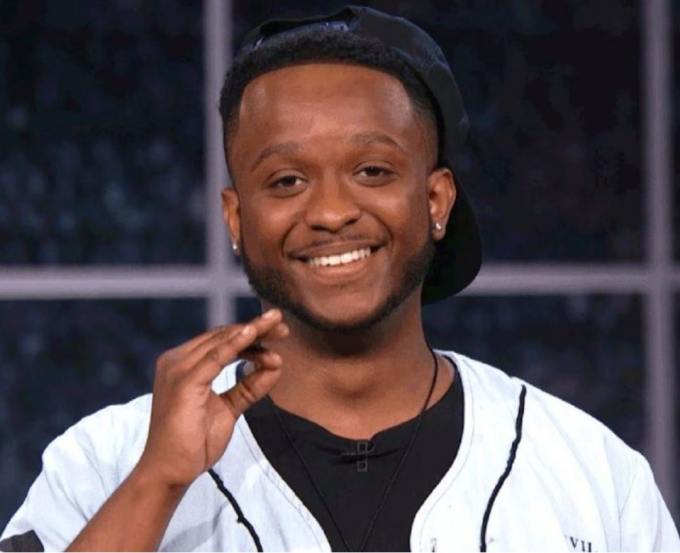 The departure could still shake HQ’s brand since Rogowsky had become the de facto face of the company. But he was also prone to talking a lot on the air and promoting himself, sometimes in ways that felt distracting from the game. Rogowsky has also been using HQ’s brand to further his stand-up comedy career, splashing its logo on advertising for his shows like this one below at a casino where “The centerpiece is a live trivia competition,” he told WPTV5.

TechCrunch had predicted that Rogowsky might depart if he wasn’t properly compensated with equity in HQ Trivia that would only vest and earn him money if he stuck around. The damage to HQ could worsen if he’s scooped up by Facebook, Snapchat or another tech company to build out their own live video gaming shows. 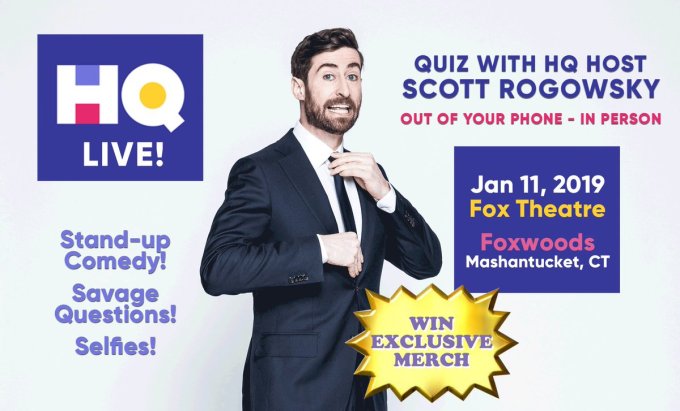 We continue to build an incredible company at HQ Trivia, from drawing hundreds of thousands of players to the platform daily, to increasing the size of the prize, to attracting strong talent. We’ve come a long way since Scott Rogowsky’s first trivia game and we’re grateful for everything he’s done for the platform. This is a team that creates products for talent to really shine—we’re just getting started at HQ Trivia, and as he makes his next move, wanted to take a minute to thank him for being part of our journey.

Yusupov tells me he’s excited about exploring new hosts, noting that Richards is a person of color who brings more diversity to HQ’s lineup. Richards is a stand-up comic who has appeared on CBS’ 2 Broke Girls, Nickelodeon’s School of Rock and was a voice-over host for game show Trivial Takedown on FUSE. Yusupov says the team feels jazzed about the new creative opportunities beyond Rogowsky, though the CEO says he appreciates all that its former host contributed.

Richards will have the tall task of trying to revive HQ’s popularity. It climbed the app store charts to become the No. 3 top game and No. 6 overall app in January 2018, and peaked at 2.38 million concurrent players in March 2018. But it’s been on a steady decline since, falling to the No. 585 overall app in August, and it dropped out of the top 1,500 last month, according to App Annie. HQ Trivia was installed more than 160,000 times last month on iOS and Android, with approximately $200,000 in in-app purchase revenue, according to Sensor Tower. But that’s just 8 percent as many downloads as the 1.97 million new installs HQ got in March 2018.

Exhaustion with the game format, so many winners splitting jackpots to just a few dollars per victor and laggy streams have all driven away players. The introduction of a new Wheel of Fortune-style HQ Words game in August hasn’t stopped the decline. And the tragic death of HQ co-founder and former CEO Colin Kroll may have impeded efforts to turn things around. There’s a ton of pressure on the company after it raised $23 million, including a $15 million round at a $100 million valuation.

Even if HQ Trivia fades from the zeitgeist, it and Rogowsky will have inspired a new wave of innovation in what it means to play with our phones.