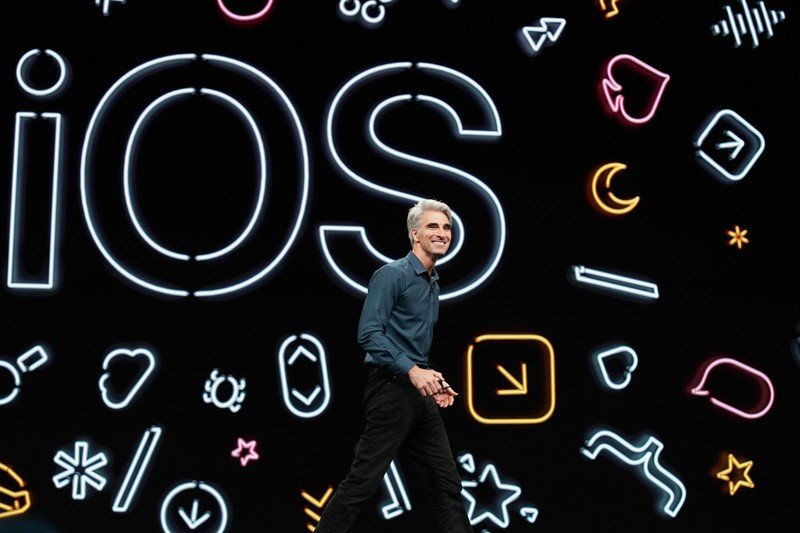 iOS continues to dominate the mobile industry in adoption rate.

Apple has updated the App Store support page on its Developer website with new numbers highlighting iOS and iPadOS rates for its customers.

According to the information that was pulled as of January 27, 2020, iOS 13 is now running well into the majority of active iPhones today. Per the support page, “77% of all devices introduced in the last four years use iOS 13.” This means that over three-quarters of customers who own the iPhone 11 and, all the way back to the iPhone 7, have already updated to iOS 13. Only seventeen percent of this group of customers still run iOS 12, with six percent still running an even earlier version of iOS.

When branching out to cover all currently active iPhones, “70% of all devices use iOS 13.” So, no matter what iPhone someone may be using, over two-thirds of them are running Apple’s latest software. Twenty-three percent of iPhones are running iOS 12, and only seven percent are running an earlier version of Apple’s software for the iPhone. 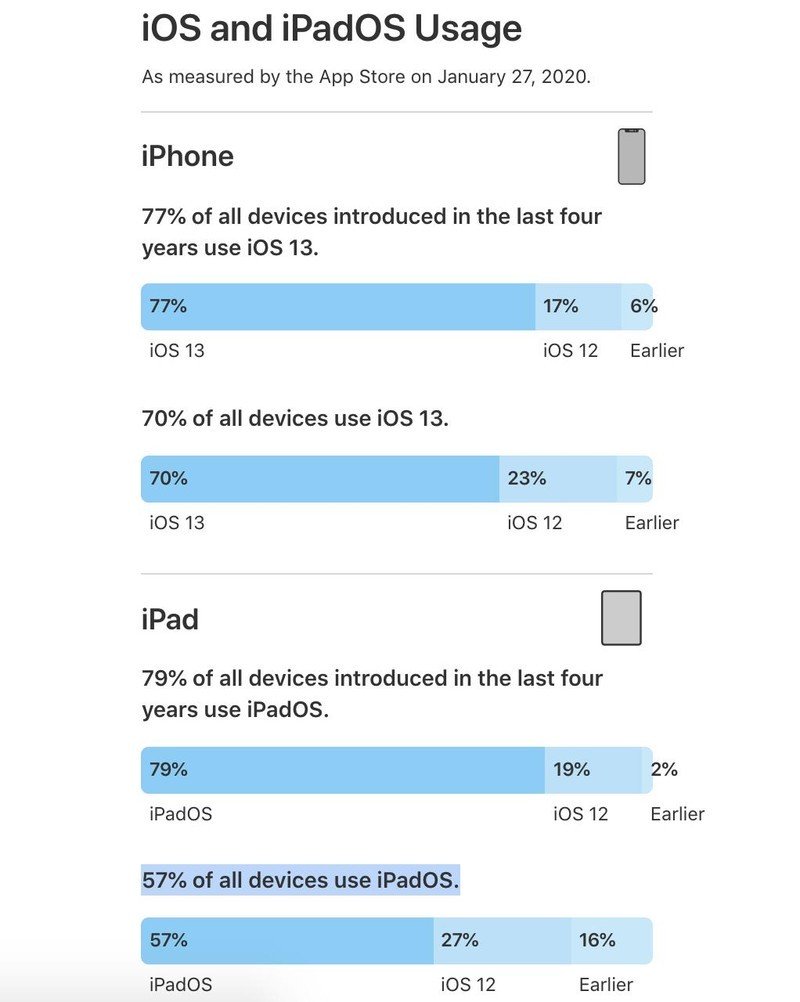 When it comes to iPad, “79% of all devices introduced in the last four years use iPadOS.” This covers anything from the latest iPad, iPad Air, and iPad Pro all the way back to the original iPad Pro. Of this group of customers, nineteen percent are still using iOS 12, and an impressive two percent are still using an older version of iOS.

When Apple branches this out to cover all active iPads, “57% of all devices use iPadOS,” meaning that half of the iPads being used today are using the most up-to-date version of Apple’s software for the tablet. Twenty-seven percent of customers are still on iOS 12, and only sixteen-percent are using an even older version.

Apple has always been the one to beat when it comes to mobile software adoption. iOS has far outperformed Android when it comes to adoption rates amongst its customers due to Android’s current fragmentation. Google has recently begun work to fix this issue but, at least for now, developers are sure to find a more stable home with iOS when it comes to building the latest features and having the majority customers be able to enjoy them.