Jeffrey Katzenberg’s upcoming mobile streaming service Quibi had added another notable name to its roster of executive talent. The company announced it has hired Tom Conrad, previously VP of product at Snap (maker of Snapchat), and a co-creator of Pandora, where he served at Chief Technology Officer. At Quibi, Conrad will be Chief Product Officer, which will see him leading product, user research and customer support.

The news of Conrad’s hire was first reported by Variety on Monday, which also noted Conrad had served on Quibi’s board since late 2018 and was officially hired as CPO on March 25. He will report to Quibi CEO Meg Whitman in his new role.

Conrad will play a big part in Quibi’s success (or lack thereof, if it doesn’t fare well!), as a significant aspect to the service is to be the app’s mobile design. Unlike modern streaming services like Netflix, Quibi aims to offer short-form, high-quality video cut into smaller pieces for easy consumption on a smartphone. At this year’s SXSW, Whitman explained the Quibi advantage noting how the technology it’s using will allow the company to do “full-screen video seamlessly from landscape to portrait.”

At Quibi, Conrad’s understanding of streaming services, thanks to his time at Pandora, and apps favored by young users, thanks to his role at Snap, will surely come into play. 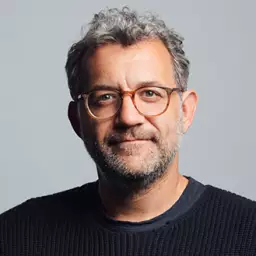 Conrad had left Snap in 2018 at a critical time for the popular social app. Its massive redesign had just rolled out, and was destroyed by early user reviews, with the majority giving the update 1 or 2 stars when it hit. The design was later rolled back. However, Snap CEO Evan Spiegel was the product decision maker – Conrad was more involved in terms of execution. That experience, however, may have given Conrad insight into what doesn’t work for the young Gen Z crowd, as much as what does.

The executive also spent a decade at Pandora, as CTO and EVP of Product, which saw him leading the teams that designed, developed and maintained the Pandora apps across platforms – including web, mobile, and other consumer electronics devices, as well as automotive. While Quibi is focused on being a mobile streaming app, it’s hard to imagine a streaming service that refuses to ever go cross-platform – especially since the majority of viewing of today’s streaming service viewing takes place on a television. (Even when it’s the streaming service from YouTube.)

With its billion-dollar backing from investors, Quibi has been able to snag several big names for its exec ranks, in addition to its CEO Meg Whitman, and now Conrad.