Home » Mobile » Will the Samsung Galaxy S10e go down as just a one-off experiment?

Will the Samsung Galaxy S10e go down as just a one-off experiment? 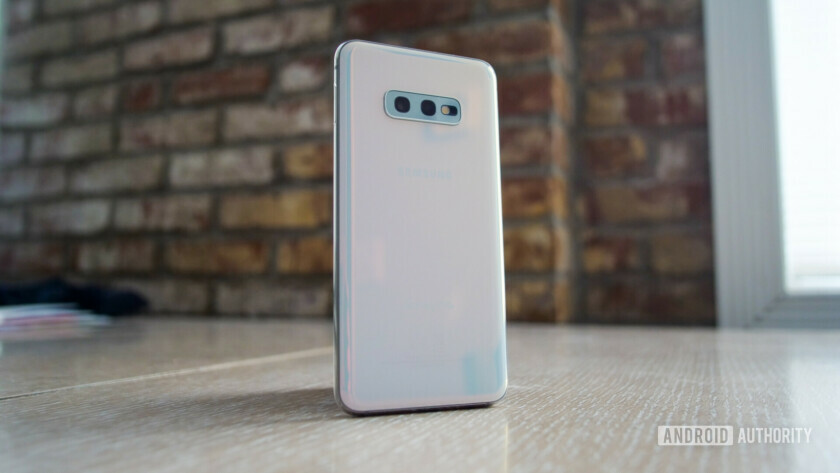 We’re a little more than a week away from the official unveiling of the Samsung Galaxy S20 series. Although we won’t know for certain until the event on February 11, we are quite confident that Samsung will launch three devices that day: the Galaxy S20, Galaxy S20 Plus, and Galaxy S20 Ultra.

But what about the follow-up to 2019’s Samsung Galaxy S10e? Is there no Galaxy S20e planned? As far as we can tell, it seems that Samsung is halting the continuation of its entry-level “e” branding, at least when it comes to the Galaxy S family.

Related: Samsung Galaxy S20 series: Everything we know so far

If there was no Galaxy S9e and there likely won’t be a Galaxy S20e, what does that make the Samsung Galaxy S10e? We can only conclude that the Galaxy S10e was a one-off experiment from Samsung, a quick test of the waters to see if offering a slightly less-expensive variant of its flagship phones would be a hit. Judging from the prevalent rumors that there won’t be a Galaxy S20e, it appears that the experiment failed.

If so, that’s unfortunate, as the Samsung Galaxy S10e was one of the more exciting devices launched in 2019. It checked off a few boxes that not many other smartphones checked and we were hoping to see it continue on into 2020.

Why we loved the Samsung Galaxy S10e 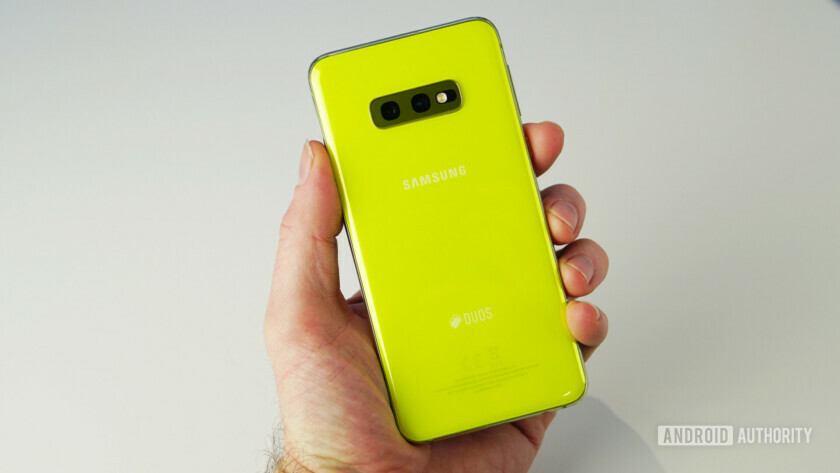 The Samsung Galaxy S10e delivered on a few things that we hear our readers clamor for quite often. The most notable aspect of the device that we don’t see much from Android manufacturers these days is size. The Galaxy S10e was relatively small for a 2019 smartphone.

Today, most smartphones are enormous. The Galaxy S20 Ultra is expected to land with a 6.9-inch screen, making its display area roughly the same as the Nexus 7, a tablet from the early 2010s. The Galaxy S10e’s flat display clocked in at just 5.8 inches, with a body size of 142.2 x 69.9 x 7.9 mm, making it small enough to feel compact but large enough to not feel small.

The Galaxy S10e was a notable device in 2019 if only for one reason: its size.

Usually, when manufacturers do take the time to deliver a smaller phone, they push its specs down to the lower mid-range. Not so with the Samsung Galaxy S10e, as it came loaded with the then-latest flagship Qualcomm processor, the Snapdragon 855. It had a bare minimum of 6GB of RAM, 128GB of internal storage, and a dual-lens camera system on the rear. It even had a headphone jack and a microSD slot, two features our readers seem to love with a fiery passion.

Finally, the S10e came in a lovely assortment of colorways, including the bold yellow you see above. In fact, it had more color options than its more expensive siblings.

To top it all off, the Samsung Galaxy S10e started at just $749 (you can easily get it for $100 cheaper now). That’s an incredible price for a phone that delivers on so many features, not to mention one that has little competition when it comes to its size and design. Now that I’m writing everything out, it’s hard to imagine that the Galaxy S10e wasn’t one of the best-selling phones of the year.

Could it have been poor marketing? 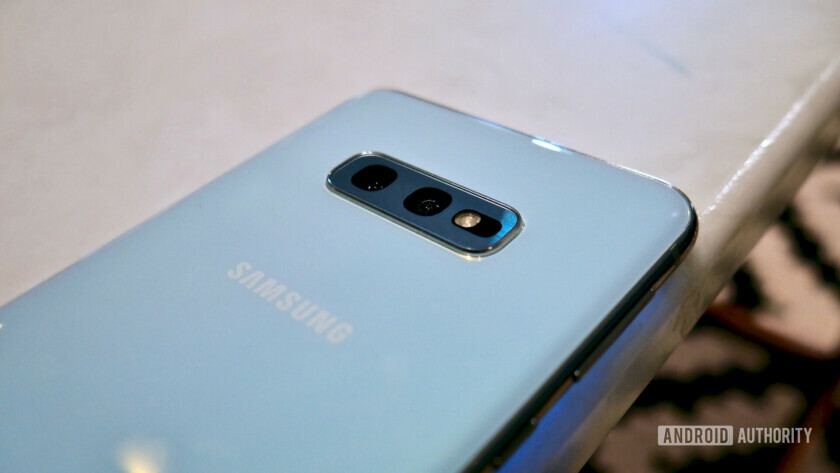 We don’t have any hard sales data for the Samsung Galaxy S10e, as Samsung is playing those numbers close to the chest. However, the very idea that we are pretty confident there won’t be a Galaxy S20e suggests that the S10e wasn’t a runaway success. Otherwise, Samsung would rightly continue with it.

We do have some data from Counterpoint Research that suggests Galaxy S10e sales were the weakest of the three primary devices in the S10 line. When you combine that with the rumors that Samsung is ditching the “e” branding this year, the writing appears to be on the wall.

The Galaxy S10e is a great phone that should have been an easy sell. Why then, is Samsung likely throwing it to the wind?

The question then becomes: why? Why didn’t the Samsung Galaxy S10e sell like gangbusters, considering what it offered for its relatively low price? Our guess is a simple branding problem. Despite Samsung’s best intentions, the S10e was likely equated to a “budget” phone by general consumers, even though its price point put it well out of that category. However, when you compare it to the higher-end Galaxy S10 and Galaxy S10 Plus, you can’t help but think the S10e is “less than” those phones.

Even then, the consumers who didn’t see the S10e as a budget device likely didn’t know how to see it. “What does the ‘e’ even stand for,” they may have asked themselves while checking it out at the store. They may have realized they were saving money as compared to the vanilla Galaxy S10 (which started at $899), but what were they losing by spending less?

Samsung didn’t really do a good job, as far as we can tell, at making the answers to these questions easy for general consumers to find. Remember, not everyone visits Android Authority every day. The traditional American smartphone buyer just walks into their carrier and picks up a new phone from what’s presented to them on the shelf.

Finally, that traditional consumer needs to make a decision on the spot of spending $749 on a phone they don’t quite understand or spending an extra $150 on the vanilla Galaxy S10, which they certainly do understand. When you factor in any discounts the carrier offers as well as the carrier pricing scheme of splitting the cost out over 24 months, the S10e and the S10 probably didn’t seem too far off from each other in price. Why not spend the extra few bucks each month for the higher-end model?

Perhaps this was Samsung’s strategy all along: introducing a less-expensive variant to make it seem like the more expensive model isn’t actually that expensive. If that’s the case, then maybe the Samsung Galaxy S10e was a total success.

What is going to take the place of the ‘e’ branding? 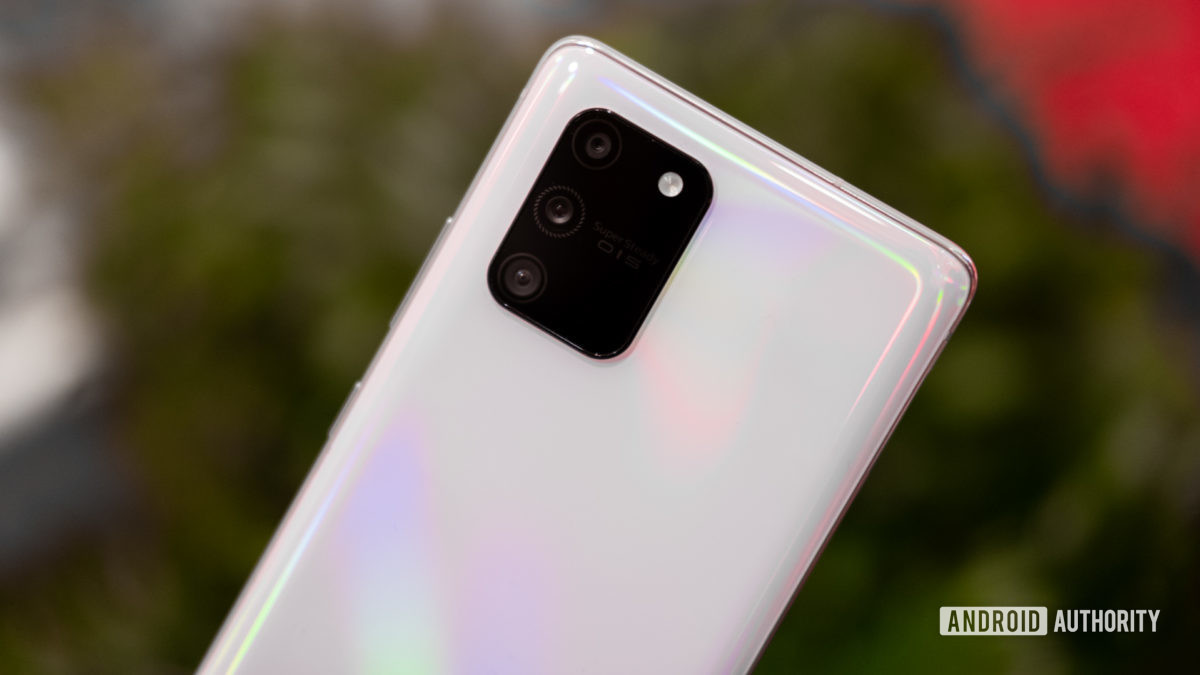 If we assume the Samsung Galaxy S10e didn’t achieve what Samsung hoped it would, we must then assume that Samsung is going to try again with something else. What will step in for the “e” branding in 2020?

If the Galaxy S10 Lite ends up pinch-hitting for the Galaxy S20e, will that be any better?

If Samsung did that it would likely be right where it ended up with the Samsung Galaxy S10e. The cycle repeats itself.

There is, of course, the possibility that the Galaxy S10 Lite isn’t coming to the US and Samsung is going to focus on other Galaxy lines for its “almost a flagship” phones. We’ll know soon enough what Samsung plans to do here.

Regardless of Samsung’s intentions, the Galaxy S10e was a cool phone. We’d love it if Samsung (and other OEMs) pushed out one or two compact phones each year to satiate the needs of those people with smaller hands or those who just prefer to not have a 7-inch slab in their pocket. Instead of trying to connect it to the main flagship line, though, just give it its own name. The Samsung Galaxy C, maybe? We’re just throwing out ideas here, Samsung.

Are you a big fan of the Samsung Galaxy S10e? Are you sad there likely won’t be a Galaxy S20e? Let us know your thoughts in the comments below.