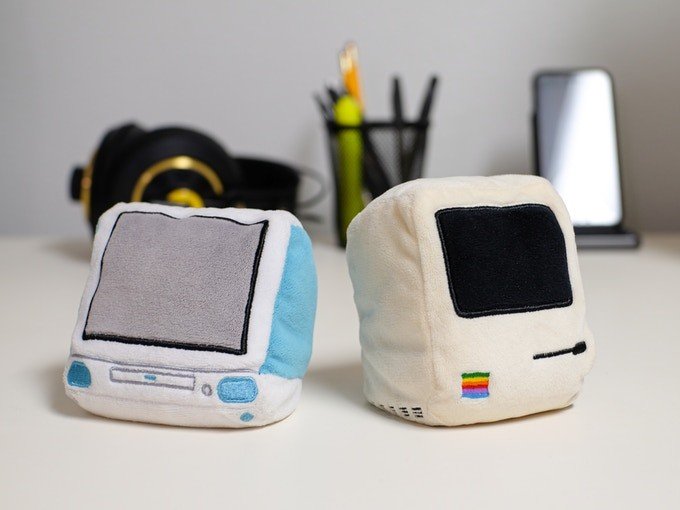 Throwboy first came to our attention with their full-sized pillows shaped like retro Mac computers and other popular Apple products. I own five of them, or at least I did until my children swiped all but one of them. CEO Hoyos initially just made the pillows for his girlfriend, who loved them so much she posted photos online. The photos went viral, so Hoyos put them on Kickstarter, and after a successful campaign, a business was born. Throwboy’s newest endeavor is a miniature-sized version of these popular pillows.

Available to reserve on Kickstarter now, the pocket-sized Mac-style pillows are being made in two different styles to start: the original 1984 Mac computer, and the beautiful Bondi blue 1998 Mac. If the campaign is successful, more styles will follow. As with any Kickstarter campaign, the earlier you invest, the better price you’ll get, but it’s not without risk since not every Kickstarter project goes into production. Throwboy is offering a Super Early Bird special at $11 and an Early Bird at $13, while the regular price will be $19. 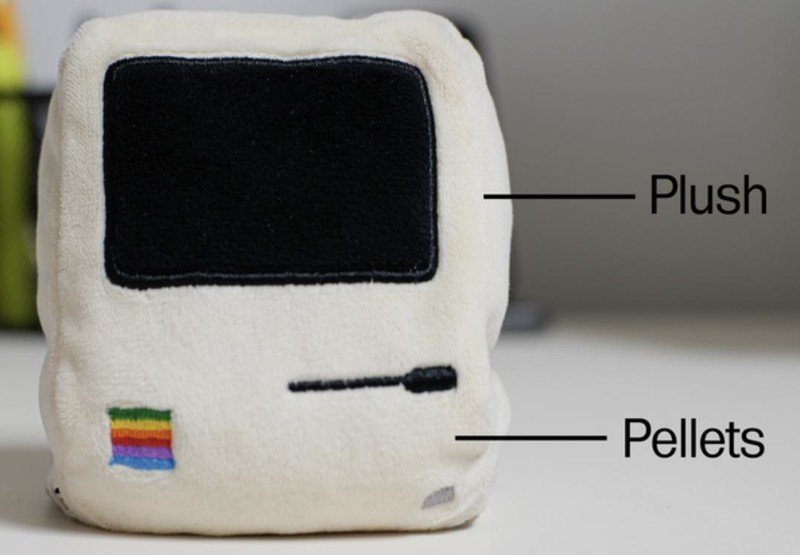 Mac-ify your desk with a cute beanbag plush toy shaped like your favorite computer.

Join the Kickstarter campaign to be amongst the first to get this handheld retro Mac styled executive toy. Choose from two styles, 1984 or 1998.