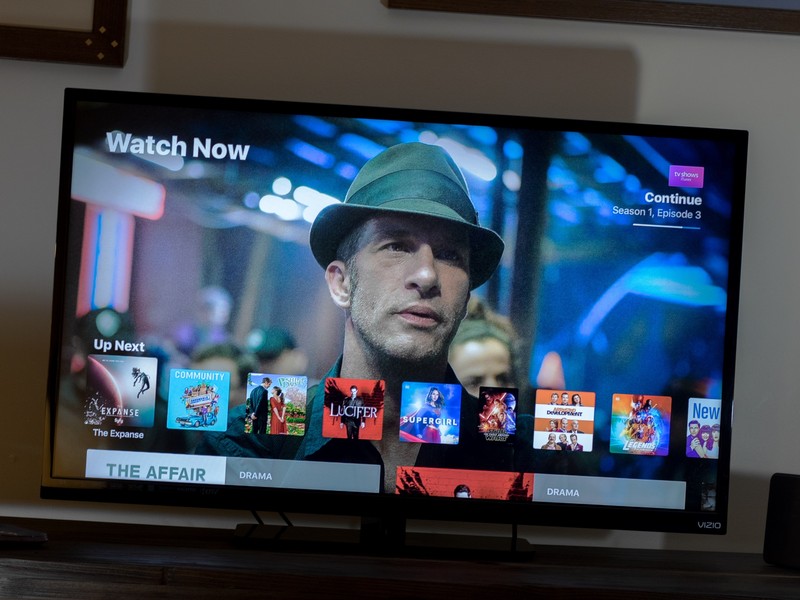 Apple’s TV app centralizes your TV watching experience, and we have the details!

Apple is planning on making your binge-watching experience easier than ever on Apple TV with a new app — TV. Here’s everything you need to know!

What’s new with the TV app?

At Apple’s Event today, the company announced a whole new redesign to the TV app, that’s now more integrated than ever. With Apple TV Channels and Apple TV+ coming later this year, the Tv app is getting much more useful.

The new redesign includes a “For You” section that will recommend titles based on your viewing habits and now includes more suggest from more services such as Hulu, PlayStation Vue, DirectTV Now, and more.

Apple TV Channels will let you choose and subscribe to streaming services inside the TV app, eliminating the need to download and subscribe to services and channels individually. You can pay for these services a la carte, menaing you get the content you want without having to buy a package full of channels you don’t. These will include Epix, CBS All Access, Starz, Showtime, HBO, Comedy Central Now, Cinemax, Tastmade, and more! Apple Tv Channels will be made available through a tvOS update in May 2019.

Apple TV+ is Apple’s new service that offers up originally-produced TV and movie content from Apple. Content is produced by the likes of Steven Spielberg, J.J. Abrams, Octavia Spencer, and Reese Witherspoon. Apple’s push is to make Apple TV+ the premier destination for high-quality story-telling. Apple TV+ will launch sometime in the fall 2019.

Users of Apple’s TV app in Canada will now be able to take advantage of the app’s live sports feature to watch games and get live updates on scores for their favorite teams on iPhone, iPad, and Apple TV. At launch, five channels will offer support for live sports content through the TV app, each with great live sports content to offer:

DAZN and Sportsnet are both subscription services, so you’ll need to pay separately for those. TSN GO and RDS GO, on the other hand, require you to have a cable subscription in order to watch.

If you’re looking to get in on the live sports action on the Apple TV, check out our handy guide to getting started.

How to watch live sports on the Apple TV

May 9, 2018: Apple may sell subscriptions through the TV app

According to Bloomberg, Apple may be planning to sell subscriptions for some videos services directly through its TV app, rather than having users subscribe through in-app purchases in each individual content app.

For the first time, Apple plans to begin selling subscriptions to certain video services directly via its TV app, rather than asking users to subscribe to them through apps individually downloaded from the App Store, according to people familiar with the matter.

What is the TV app?

The TV app takes all the media from the various TV and movie watching apps you have — like HBO Now, Hulu, Showtime, etc. —and brings it all together in one convenient spot. This eliminates the need for you to open separate apps when deciding what you want to watch.

Will it know where I left off?

Yes! Upon launching TV, you will see a section entitled Up Next, which shows all the content you are currently watching. You select the content you want, and Apple TV starts playing it immediately and even launches the app needed to do so.

For example, if you’ve been watching Game of Thrones on the HBO Now app, you can launch TV and select the episode you’re currently watching. Your Apple TV will then launch HBO Now and immediately start playback from where you left off.

You can always get back to the TV app by pressing the TV button on your Siri remote.

What if I want to watch something new?

Don’t worry, if you scroll down on the main screen, you can reach the discovery section, where you will be given a ton of options for new content you haven’t seen yet, ranging from popular TV shows and movies to suggestions from new services you might not even have yet.

Of course! If you scroll over to the Store tab, you can purchase content and even sign up for streaming services right in TV from all your media sources.

Does it work with iPhone or iPad?

Yes, it does! The TV app syncs across all your devices making it easy to watch everything you want on any device. You can even stop and start viewing on different devices.

You know it! Ask Siri to play your favorite show, and she’ll start playing it instantly from where you left off.

Can I quick launch the TV app?

When the update is released, the TV button on your Siri remote will launch the TV app. Furthermore, to get back to the Apple Tv’s main menu you’ll have to tap the Menu button a few times. Don’t worry, if you hate it you can change the button’s behavior in your Settings.

Unfortunately, Netflix STILL does not work with the TV app. If you want to watch something on Netflix, you’ll have to launch the Netflix app and browse its library of content.

Does it support single sign-on!

Any other updates coming to Apple TV?

There is finally going to be single sign-on! No more signing into all your apps individually.

What do you think of TV?

What do you make of the TV app? Are you excited to have all your content in one place? Let us know in the comments below.