Home » PC » Cadence of Hyrule is coming to Nintendo Switch!

Cadence of Hyrule is coming to Nintendo Switch! 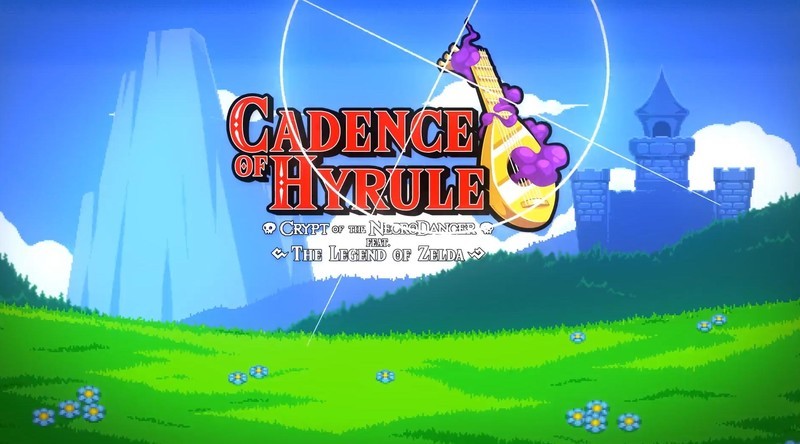 It’s too dangerous to go alone! Take this!

The original Crypt of the Necrodancer released on the PC way back in April 2015 by two independent game studios named Klei Entertainment and Brace Yourself Games. It released to the PlayStation in 2016, the Xbox in 2017, and didn’t even make its way to the Nintendo Switch until February 1, 2018. Now, almost four years since its initial release we’ve been given some pretty sudden (and exciting) news.

That’s right! Crypt of the Necrodancer is making a crossover with Legend of Zelda. Not only am I excited to see what these two games can create together, but I’m also really excited to see such a massive franchise like Zelda working with smaller indie ones!

Here’s everything you need to know about it!

The line-up of information we have for you

What is the Crypt of the Necrodancer?

You may be wondering why they chose the name Necrodancer instead of Necromancer. That’s because your character can only perform actions to the beat of the music playing in the background. Each successful hit racks up a multiplier to increase attacks, but failing to match to the beat can cause you to be harmed by a monster attack if you’re in the range of one.

Each monster moves to preset motions and that gives players the unique ability to learn patterns and come up with their own strategies to defeat their foes. Not only that, but as you progress in the game you collect new armor, weapons, items, and treasures for your character. Each one serves as an upgrade to increase your defense, attack, or unique abilities.

But, if you die, you die. The death system in Crypt of the Necrodancer starts you back at the main menu if you ever fall to enemy hands. You’ll lose all your progress, items, and be forced to start over. While that sounds like something we all hate, I believe the extra challenge makes it more exciting!

What parts of Legend of Zelda will be used?

“This isn’t the world I remember.” and, “I think I was called here for a purpose.” are both mentioned in the trailer released to the official Nintendo page for Cadence of Hyrule. Those two quotes alone are enough to safely assume this game will take place in Hyrule, the kingdom from Legend of Zelda. The game description on the official page and familiar scenery from the trailer confirms you’ll be on a quest to save Hyrule!

From the trailer, we can also see our two favorite heroes, Zelda and Link, as well as items and a lot of returning monsters from the Legend of Zelda games. I’m sure there will also be plenty of areas in the Cadence of Hyrule that we’ll also recognize from the Zelda games. It definitely seems like the Lost Woods will be one of them, based on the screenshot I’ve shown above.

What can we expect?

Based on the information given on Nintendo’s website, Link and Princess Zelda will be the only playable characters. Cadence, the main character of Crypt of the Necrodancer, isn’t listed as an option.

We can, however, expect the rhythmic action-adventure aspects of Crypt of the Necrodancer (COTN) to be carried over. This means you’ll need to match all your actions to the beat of the music while killing your enemies. Dungeons will follow the same mechanic as COTN by randomly generating each time you start a new game.

What about the music?

A game that relies heavily on music must have an amazing soundtrack. There are no ifs, ands, or buts about it. With that said, I am pleased to report that the Cadence of Hyrule will feature 25 remixed classics of the Legend of Zelda songs!

Where can I get it?

There isn’t a pre-order option just yet, but stay tuned and we’ll update you as soon as we get more information!