How are your running techniques? NURVV Run can show you the way.

Wearable technology and biomechanics company NURVV has announced the launch of the NURVV Run. Featuring two unique shoe insoles and a companion app, the NURVV Run was announced at this year’s Consumer Electronics Show (CES) in Las Vegas, Nevada.

Available through pre-order now, the NURVV Run includes 32 high-precision sensors embedded in two lightweight insoles that capture data at 1,000 times per second. The sensors capture important running metrics, including cadence, step length, foot strike, pronation, and balance, which is sent to the NURVV Run Coaching app for iOS and Android. From there, you can find simple, actionable insights and personalized coaching. You can use the guidance to improve every step of your future runs, including the time before, during, and after each adventure. 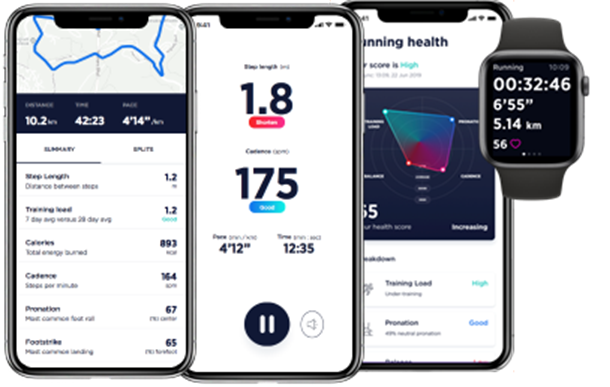 Finally, NURVV Run offers a personalized Running Health score that’s based on training load, pronation, cadence, and balance. The score has been designed to help reduce your injury risk by identifying problem areas before they become serious and offer solutions. The app also addresses whether you’re overtraining by offering optimal training zone guidelines.

According to Jason Roberts, founder, and CEO of NURVV:

NURVV Run will revolutionize how people run by accurately capturing the metrics that matter most, directly from the point of action, before using live coaching to help them improve in a simple, easy-to-understand way.

You can order the NURVV Run for $299.95 from the NURVV website. The first orders begin shipping Monday, January 20.