Games that will be harder to play on Switch Lite

Not every game will be easy to play on the Nintendo Switch Lite. 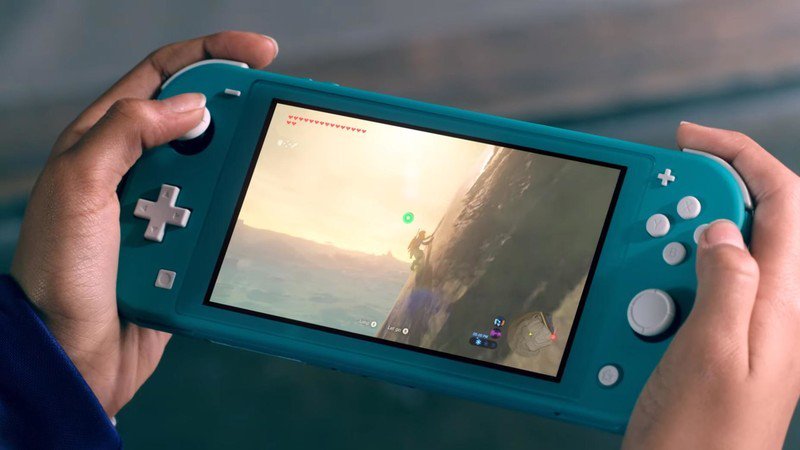 The Nintendo Switch Lite is a dedicated handheld gaming system that doesn’t have removable Joy-Cons, can’t dock to a TV, doesn’t include motion controls, and doesn’t include a kickstand. This means that the small number of Switch games that don’t support handheld mode and the much larger number of games that rely on motion controls will be trickier to play on the new console.

Note that you can pair a Pro Controller or Joy-Cons to the Switch Lite, so you can still play most of these games as long as you have either of those controller options handy. Since there is no kickstand on the Switch Lite, you’ll need a stand to prop up your gaming system.

Here are all of the games that either don’t support handheld mode or are less convenient to play in handheld mode.

Switch games that aren’t as convenient in handheld mode

Nintendo Switch Lite: Everything you need to know

The fun mini games offered in this silly multiplayer use technology that you won’t find in the Switch Lite. For instance, some of these mini games rely on HD rumble, while others require you to swing around a detached Joy-Con. As we previously mentioned, the Switch Lite doesn’t have HD rumble, and the Joy-Cons don’t detach. You’ll still be able to play this game on the smaller Switch, but you’ll need to pair a set of Joy-Cons to it. Having a stand will also make it easier for every player to see what’s happening on screen as well.

To effectively play this two-player party game, you’ll need a detached Joy-Con for either person playing. Many of the mini games also rely on HD rumble to succeed, so you’ll need a controller that supports that technology. Once again, the Switch Lite doesn’t have a kickstand, so you’ll want a stand that props your system up for both players to see. Pair an extra set of Joy-Cons to your Switch Lite, and you’ll be good to go.

Labo games work by placing detachable Joy-Cons into cardboard Toy-Con accessories and moving them around. Since the Switch Lite’s Joy-Cons aren’t removable, this won’t be doable. This is the same across the board whether you’re referring to original Labo or Labo VR. The latter also requires you to strap the screen to a headset. Considering that the Labo headset is designed for the larger Switch, the Switch Lite won’t fit securely and will likely fall out if you attempt to use it this way. It’s not worth the risk of damaging the device.

Ubisoft’s Just Dance games are all about holding Joy-Cons in hand and moving around to different positions. As such it’s completely unusable on the Switch Lite unless you pair an extra set of Joy-Cons to your system. At this point, you’ll also need to purchase a stand, since the Nintendo Switch Lite can’t be propped up on its own.

Once again, this is a game that requires you to hold Joy-Cons in hand — this time to mimic boxing motions. If you plan on playing this game on the Switch Lite, you’ll need to pair Joy-Cons to the system so you can make those jabs with Joy-Con-enclosed fists. You’ll also want a stand of some sort.

This hilariously irreverent game has you conducting surgeries while waving detached Joy-Cons about. You can play on your own or pass a controller to a friend and work together to try and get a high score or be as destructive as possible. Since this game requires that you use detached Joy-Cons and motion controls the Switch Lite on its own won’t be able to play this game. You’ll need to purchase additional external controllers if you want to play on the smaller Switch.

Games that aren’t as convenient in handheld mode

Some games still support handheld mode but have elements that either won’t work or won’t be as easy to use on the handheld Switch Lite. Remember HD rumble, detachable Joy-Cons, and IR camera motions aren’t available on the mini Switch, which will cause complications for some games.

I don’t know about you, but I had to detach my Joy-Cons from my console to effectively complete many of the motion-controlled puzzles found in various shrines (like the one featured above). Otherwise, I found myself holding the Switch upside down or at such an awkward angle that I wasn’t able to see what was happening on screen. The same goes for Sheikah Slate skills. Moving the screen around might make it hard for you to see exactly where you’re throwing a bomb or lifting a metal object. Switch Lite players might want to consider purchasing a stand and an extra pair of Joy-Cons just for that reason.

A key part of this Mario adventure is collecting Power Moons. The thing is, many of them are hidden. The game alerts you to nearby secret goodies by vibrating your controller, but the Switch Lite doesn’t have HD rumble. Additionally, when playing this game on the original Switch, a second player can take control of Cappy, Mario’s hat friend. When in handheld mode, this ability is taken away. The only way to bring it back would be to pair wireless controllers to your Switch Lite.

When played on the original Switch, these reimagined Pokémon games allow you to throw Poké Balls using motion controls and even let you have a second player play along with you. However, these options aren’t available in handheld mode since it requires the swinging motion of the Joy-Con in one instance and separate Joy-Cons in the other. You’ll still be able to play these games in handheld mode. However, to take advantage of the features previously mentioned, you’ll need to pair an extra set of Joy-Cons to your system.

The World Ends with You: Final Remix

Square Enix’s classic game works differently in handheld mode than it does in docked mode. When in your hands, you must use touchscreen controls to play since it doesn’t recognize Joy-Cons. This means that if you’re playing this game on the Switch Lite, your only option will be to touch the screen, which might not be appealing to many people. Fix that by pairing a wireless controller to your Switch Lite.

How do you feel about this new handheld Switch Lite? Tell us your thoughts in the comments below.

This controller feels great in your hands and is perfect for heart-pumping multiplayer games or complex action RPGs. The right set of buttons associated with the Joy-Cons are swapped out for a D-pad for better control during gaming. It works with amiibo, provides HD rumble, and operates with motion controls.

A stand for all Switch systems

Regardless of whether you have the standard Switch or the smaller Switch Lite, this stand will be a great asset while playing games. It folds away for easy storage and can be propped up at three different angles.