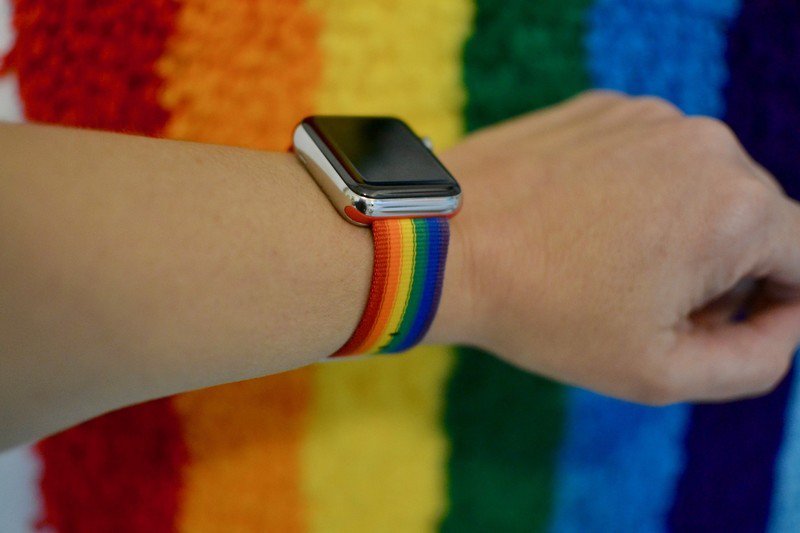 Cupertino’s special edition Apple Watch bands are never available for long, but you can still get them in some locations online.

Back in 2017, Apple introduced its first wide-release Pride Edition Apple Watchband. One year later, another Pride Edition band made its debut. Both bands arrived during Apple’s annual Worldwide Developers Conference (WWDC) in June to coincide with LGBTQ Pride Month. Apple stopped selling both bands in its brick-and-mortar and online stores after a few months.

The first Pride Edition band launched at San Francisco’s annual Pride Parade in 2016. At the time, it was available exclusively at the event. During WWDC 2017, the nylon Watchband was launched widely for the first time on Apple’s online retail store. The rainbow-hued watchband was removed from the store the following September.

The Pride Edition Watchband was priced the same as Apple’s other woven nylon bands at $49 and was available for both the 38mm and 42mm case sizes.

The 2018 Pride Edition band was also priced at $49 and came in 38mm and 42mm case sizes. The nylon band sported a bright rainbow design on a white background. By the time of the iPhone XS event in September, the watchband was no longer available through Apple’s online store.

Apple donated a portion of the proceeds of both bands to LGBTQ+ advocacy organizations. As the company noted in 2018:

Apple is proud to support LGBTQ advocacy organizations working to bring about positive change, including GLSEN, PFLAG, The Trevor Project, Gender Spectrum, and The National Center for Transgender Equality in the U.S., and ILGA internationally. A portion of the proceeds from Pride Edition band sales will benefit their important efforts.

Where to buy now

Both the 2017 and 2018 Pride Edition Apple Watch bands are available in varying conditions and prices through eBay. You can also find the bands available on Amazon, but not too often.

Because these bands were sold as limited-editions, be on the lookout for knockoffs.

What about a 2019 Pride Edition Apple Watch band?