Is it Time to Upgrade to Windows 11?

Windows 10 was a big change from previous versions of Windows. With its sleek new design and innovative features, it quickly became one of the most popular operating systems on the market. But with a new version of Windows always comes to the question – is it time to upgrade? 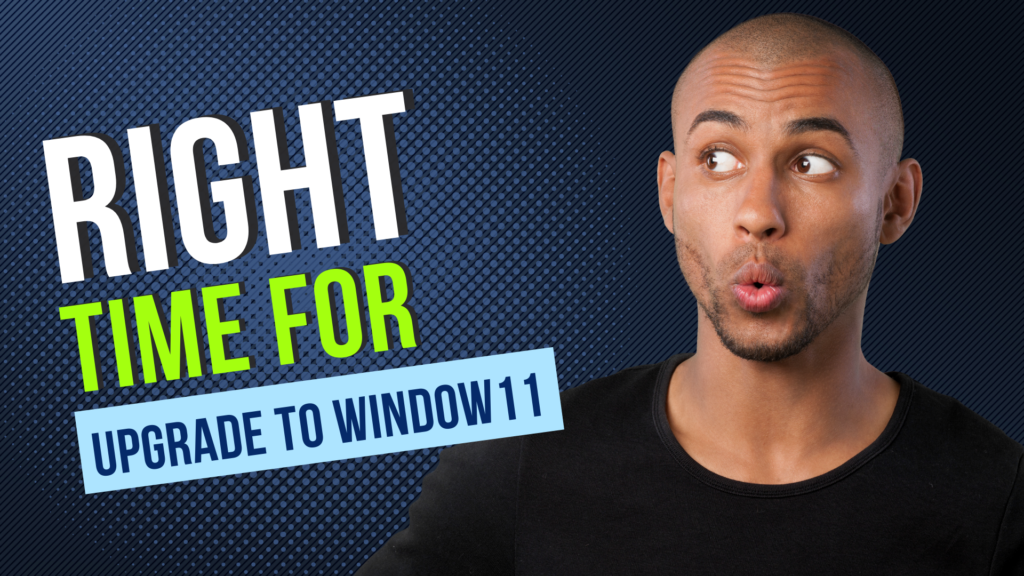 So is it time to upgrade? Ultimately that decision is up to you. But if you’re looking for a new and improved Windows experience, Windows 11 is definitely worth considering. There are a lot of new features in Windows 11 that you won’t find in Windows 10, which are listed below:

Reasons why you should upgrade to windows 11:

Here are some of the reasons which you should keep in mind while thinking about upgrading.

The biggest new feature in Windows 11 is the dark mode, which changes the entire look and feel of the operating system to a darker color scheme. This is perfect for users who want a change from the standard white background, or who find it difficult to see text and icons on a bright screen. Another big change in Windows 11 is the new shell interface. The shell interface is the part of the operating system that controls how you interact with your files and programs. The new shell interface in Windows 11 is designed to be more user-friendly and intuitive, making it easier to navigate around your computer. For more news like this, check out our mobile news category, where we discuss the rumors of the upcoming iPhone 14.

One of the main complaints about Windows 10 was its lack of performance improvements compared to previous versions of Windows. Microsoft has promised that Windows 11 will include a range of performance enhancements, making it faster and more responsive. Microsoft has also promised that Windows 11 will be easier to use than previous versions of Windows. The new shell interface and other improvements are designed to make the operating system more user-friendly and intuitive.

In addition to the dark mode and new shell interface, Windows 11 includes a range of other new features and improvements. These include a better start menu, a new task view, and improved window management. One of the main problems with upgrading to Windows 10 was that many older programs were not compatible with the new operating system. Microsoft has addressed this with Windows 11, which is backward compatible with older programs.

So, is it time to upgrade to Windows 11? If you’re looking for some new features and improvements, it may be worth considering. But if you’re happy with Windows 10 and don’t see any features that appeal to you, there’s no need to upgrade.