I’m putting the iPhone 11 up against the Pixel 4 in a camera-to-camera video shootout. So, which optics will reign supreme?

Since this is all about video, please watch the video version to really see what it’s all about. 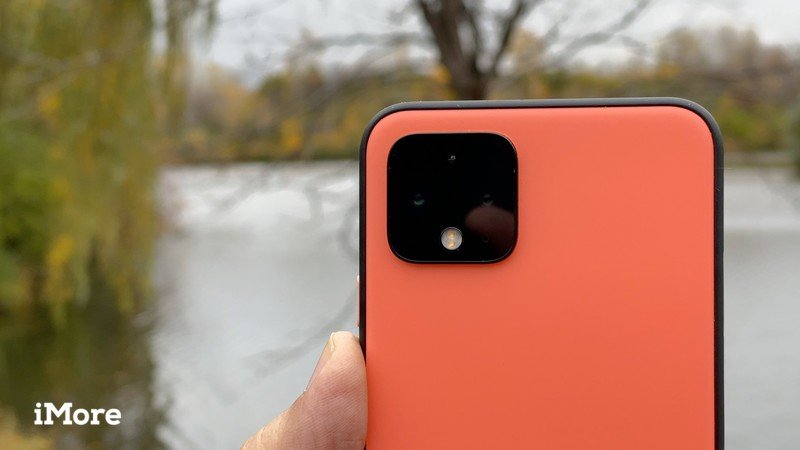 First, there’s 24 fps mode, not at any resolution. Now, 24 fps isn’t science or anything like that. It’s just tradition. Back in the day, movie makers found that anything less than 24 fps just didn’t fool your brain into thinking it was seeing smooth, steady motion, and anything more was technologically and financially too expensive to justify. But, because most of us have grown up seeing cinema in 24 fps, our brains have come to identify that as looking cinematic. And 30 fps, well… more like TV.

So, even now, even in the age of ultra-high frame rates, people still want to shoot in 24 fps to capture that cinematic feel — the way I’ve always shot this channel, for example — and the Pixel 4 just won’t do it. Sure, you can change it in post, but that’s an extra step and an interpolation, which is never as good as just capturing it that way to begin with. Now, whether you personally care about that or not, let me know in the comments.

Second is the lack of 4K 60fps. Yeah, the exact opposite problem. Videographers want 4K, because we either want to post video in 4K, or we want to be able to crop and move around, or render out extra crispy 1080p. We also want 60fps for either silky smooth motion, or to have extra frames so we can reduce it down in post and have extra silky smooth slow-motion b-roll.

And the Pixel 4, again, won’t do it. In fact, Google lists 4K last on the Pixel 4 spec page. 1080 first, 720 second, and 4K dead last. Which is kind of a wicked obvious way to make it look like the exact opposite of a priority as well. And, for the company that also owns YouTube and hosts more 4K 60fps video than anyone else in the world, not being able to generate any of it themselves is… just… bizarre.

They’ve said stuff like they’re still concentrating on 1080p since that’s what most people use, or that 4K 60 is just too large for the storage.

Other Android phones, including Samsung, using the same Qualcomm Snapdragon 855 chipset and universal flash storage, or UFS, 2.1, don’t seem to have a problem doing 4K 60.

So, it sounds like Google just can’t currently get their electronic image stabilization and image fusing HDR algorithms to handle 4K video streams at 60 fps, and they won’t do it until they can. Which will require better silicon, better algorithms, or simply better willingness to get it done. I dunno.

I honestly think that comes down to the silicon difference and dedication of can-do vs. will-crush. Again, they may or may not matter to you, so let me know in the comments.

The iPhone 11, like the XS, can also record stereo audio.

Slow-motion is 1080p 120 or 240 fps. No 720p slow-motion any more though, so you can’t drop down if tiny file sizes are more important to you than higher video resolution.

Both the Pixel 4 and the iPhone 11 can record in H.264 or H.265 for higher efficiency files… albeit ones older software may not play as nicely with.

It’s also interesting that Google is willing to support H.265, or HEVC, for recording when they’re not so willing, at all, for YouTube playback. For example, to allow for 4K playback on the Apple TV.

They probably just feel like they have more leverage with YouTube than they do with video editing software. Go figure.

Either way, both produce really good video. The iPhone 11 just gives you options Google won’t or can’t, at least for now.

Both Google and Apple made very different choices when it comes to the secondary cameras on the Pixel 4 and iPhone 11. Google opted for a telephoto, which plays to their strengths in computational zoom. Apple opted for an ultra wide-angle, which is quote-unquote more fun, but also lets you capture not just a more expansive frame, but an entirely different perspective. The 2016 iPhone 7 through 2018 iPhone XS all had secondary telephoto cameras, just like the Pixel 4 does now. And I liked and still like them a lot. If you have enough light, you can get a really nice natural depth of field off the camera. 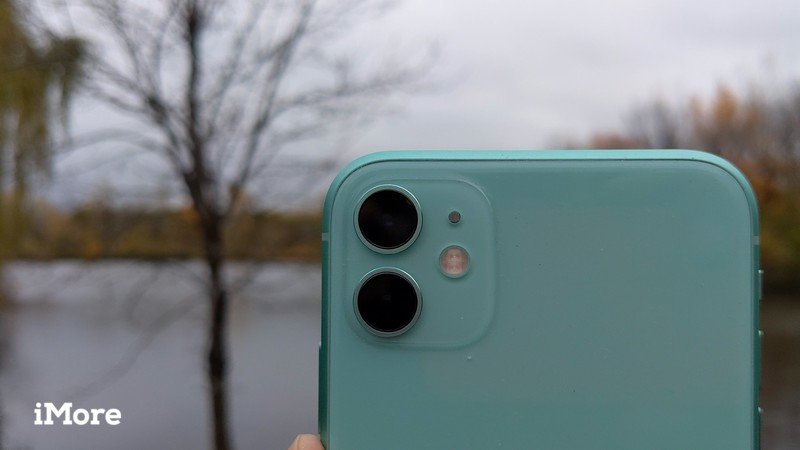 I’m really enjoying the ultra wide-angle on the iPhone 11, though. Sure, some people will tell you you can just sneaker zoom in or out to get closer or wider shots. But you can’t. Not really. Sometimes there are obstacles or hazards in the way. All times, the different cameras give you different looks. That’s why different lenses exist, including and especially on higher-end cameras.

Which one is the better choice, telephoto or ultra wide-angle, will come down to personal preference. You can — and both cameras do, especially in low light — computationally emulate telephoto. You can’t do that with ultra wide-angle because there’s just no data for it. So, technically, the ultra wide-angle again gives you more options.

Having more options is what I really care about, so that’s why my favorite here is the iPhone 11 Pro which, like many other Android cameras, gives you all three: wide, telephoto, and ultra-wide, so you don’t have to choose. Drop a comment to let me know what options you care about.

Neither of them let you do portrait mode for video. Some other Android phones offer the option but it’s not really ready for primetime yet.

With the iPhone, you can fake it by screen recording the live preview of Portrait mode on the still camera. Hat tip Austin Mann. Since the Pixel 4 still can’t do live preview for Portrait Mode, you can’t even fake it.

Either way, it’s not great, and for actual video depth of field, that’s where big lenses on dedicated cameras still win. 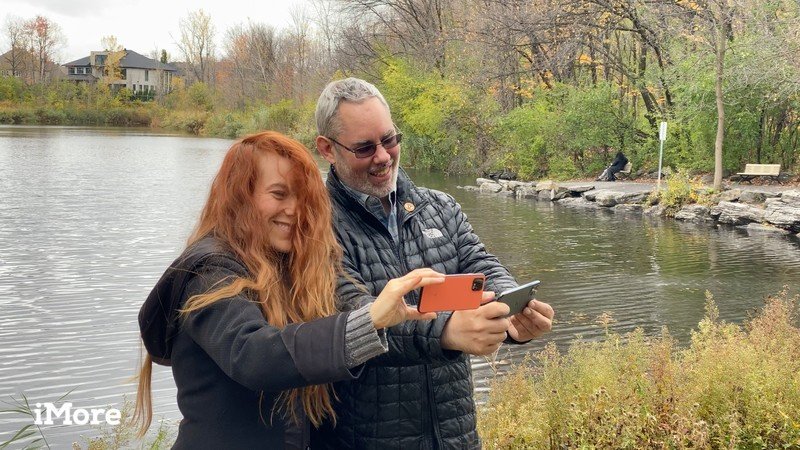 In other words, optically at least, the iPhone 11 can shoot higher-end video on its front, selfie camera than the Pixel 4 can on its main, rear camera.

So, Pixel 4 vs. iPhone 11 video. For casual users, they’re both great. Great color. Great stability. Neither does night mode for video yet but both use their image processors to get as much extended dynamic range as possible.

At the end of the day, though, Apple just offers more options for video. And that means, whether you’re just shooting video of your kids or friends or pets and want them as future-proof as possible, or you’re a professional and want to shoot, post, or just edit from 24 fps to 60 fps, the iPhone 11 is the one to get. 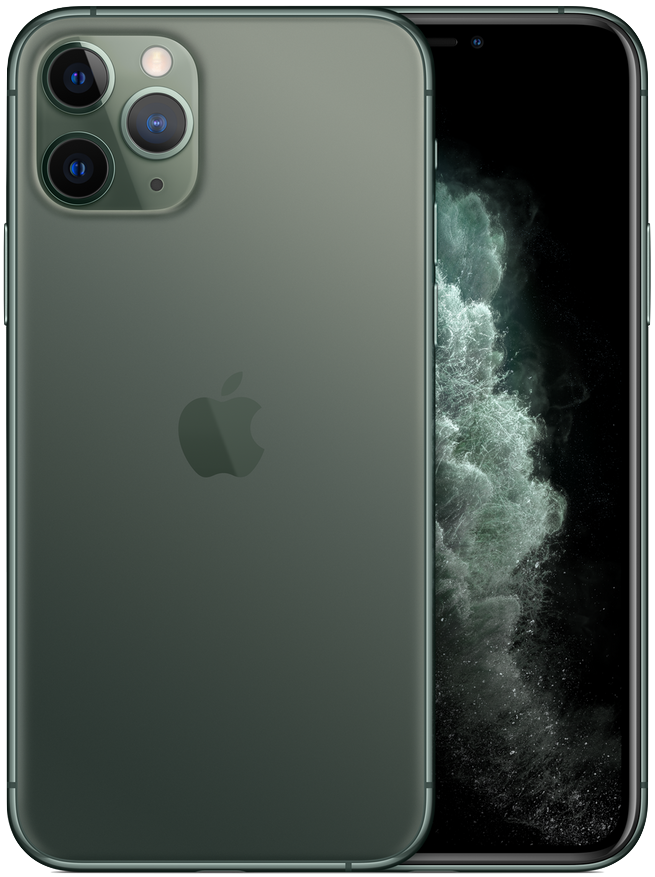 A premium smartphone that’s worth every penny.

Boring design aside, the iPhone 11 Pro is a marvelous phone that does just about everything right. It takes some of the best pictures out there, battery life is ridiculously good, and Apple’s OLED display continues to impress. Add that together with speedy performance and all of the treats that come with iOS 13, and the 11 Pro more than justifies its steep price.

For the most part, the Pixel 4 XL stands out as one of the most appealing handsets in the Android space. Camera performance is next to magic, and the 90Hz display is a very welcome addition. Google’s Motion Sense gestures and face unlock system also work way better than you might expect! All that goodness makes the disappointing battery life all the more irritating.