Home » PC » Use Windows, Linux on your Mac through virtualization 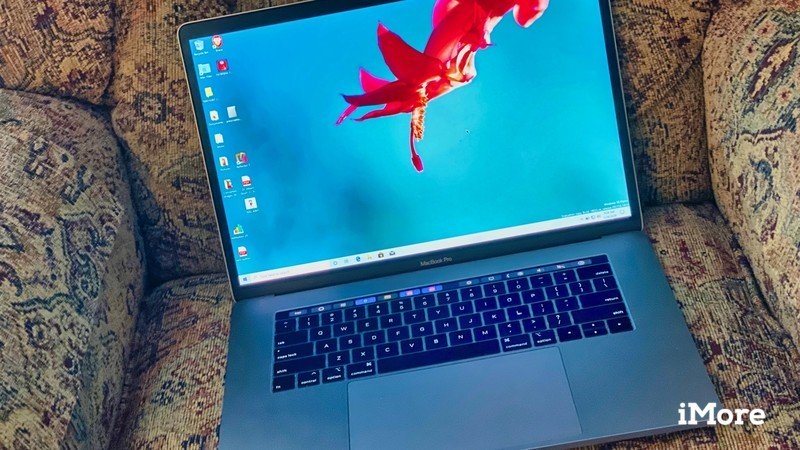 There are many reasons you may want to use a virtual machine on your Mac. Perhaps you need to run a copy of Windows on your machine for work purposes. Maybe the goal is to run another instance or version of macOS on your computer for compatibility reasons. Maybe you want a copy of Linux on your computer.

Whatever the circumstances, there are various ways to run a virtual machine on your Mac. Here’s a closer look at the best options available.

What is a virtual machine?

Software virtualization allows you to simulate a hardware environment and run multiple operating systems on one computer. These software-created virtual machines take advantage of the hardware components on a computer such as RAM and storage in complete isolation to the primary operating system. Among the most popular virtualization options for Mac users are Parallels Desktop, VMWare Fusion, and VirtualBox.

My favorite way to virtualize, Parallels, gets better each year. With the latest version, Parallels Desktop 15, you can take advantage of Apple’s Metal 2, which allows machines to maximize the graphics and computing potential for apps. With Parallels now supporting Metal, highly intensive Windows apps such as CAD software and games that require DirectX 11 now work on Mac. There’s also improved performance for DirectX 9 and DirectX 10. 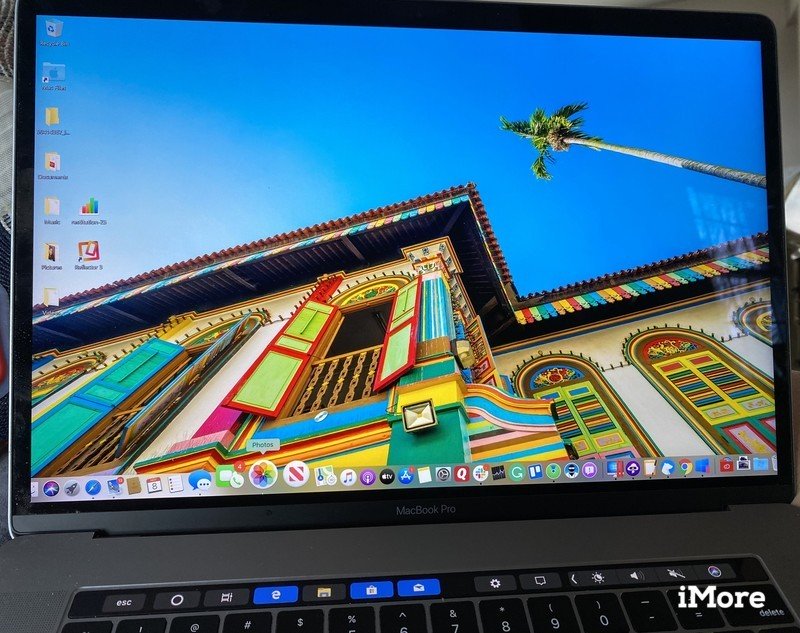 To date, nearly 1,600 PC games require DirectX 11, which means you can now experience all of them on your Mac through Parallels virtualization. Noted Windows apps you can run on your Mac include Autodesk 3ds Max 2020, Lumion, ArcGIS Pro, and more.

Beyond this, Parallels Desktop 15 is also fully compatible and optimized for macOS Catalina, which means it supports Apple’s Sidecar. It also works with macOS Mojave 10.14, macOS High Sierra 10.13, and macOS Sierra 10.12. And yes, it also supports Apple Pencil.

Parallels Desktop 15 is the company’s flagship consumer product and is available through a free trial, regardless of the version you choose. The home version is $80 or $50 for an upgrade, while the professional version is $100 per year. The former doesn’t include free updates to future versions of Parallels Desktop, but also has no expiration date. The professional version does include free upgrades. Once a new version gets released, you can download it from the Parallels website. New versions of Parallels typically arrive around the time Apple releases a new version of macOS, usually in the fall.

Who’s this for: Parallel offers a no-nonsense approach to virtualizaiton. Grab a copy if you’re looking for a solution that just works.

Parallel’s closest virtualization competitor, Fusion, is another great choice for consumers. Created by Dell Computer’s VMWare, the latest version of Fusion (11.5), has been designed to take advantage of macOS Catalina tools, including Sidecar and Dark Mode.

Like Parallels, Fusion lets you create a virtual machine through software that can run separately from your macOS installation. In this case, you can use Fusion with Windows 10 (or another operating system) through a window on your Mac desktop or in full-screen mode. With Fusion’s unity mode, you can run Windows-based applications on your computer as if they were Mac apps. Beginning with Fusion 11, support was added for Apple’s Metal graphics system. It also supports Touch Bar on a MacPro Pro. 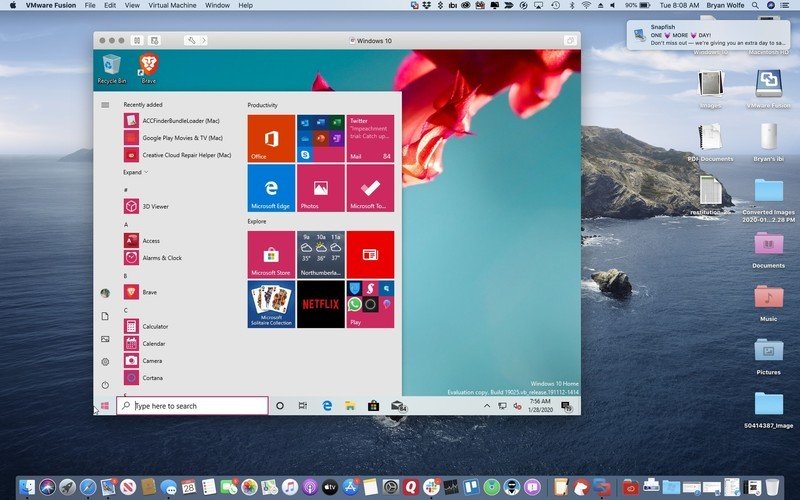 Fusion 11.5 is available at the same price points as Parallels, $80 for a full version and $50 for an update. A professional version is also available for IT environments. All versions come with a 14-day free trial.

The VMWare Fusion interface doesn’t look nearly as nice as the one offered by Parallels, but it’s close. If you’re familiar with other VMWare products, including Workstation Pro for Windows, Fusion is probably the path for you, although check out both products if you can.

Who’s this for: VMWare’s Fusion 11.5 is nearly as good as Parallels 15. If you’re familiar with VMWare products, Fusion is probably the one for you.

When using software, I expect a polished experienced. Unfortunately, Oracle’s VirtualBox is the least polished virtualization title on this list. Despite this, there are some important differences between it and Parallels 15 and VMware Fusion 11.5 that might make it a better solution, depending on your situation. 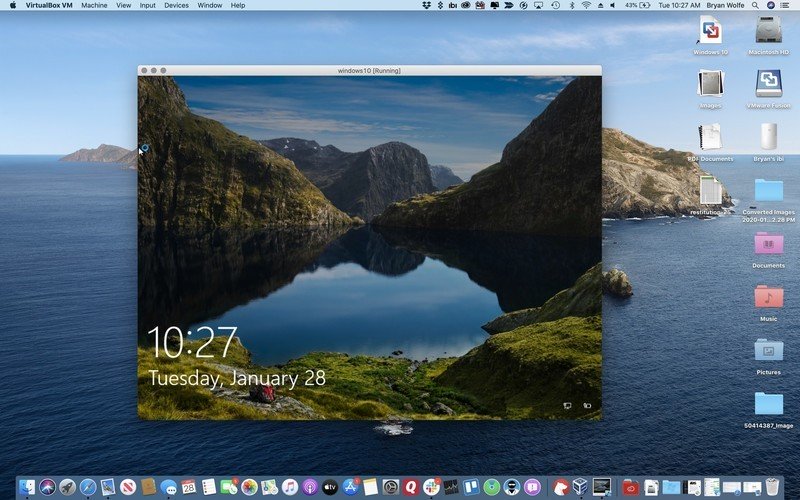 Perhaps the most important reason to consider VirtualBox is that it’s free, at least for personal or educational use. Another advantage: Oracle has released VirtualBox as open-source, which offers more flexibility to end-users than the other solutions. Unfortunately, because it’s open-source, VirtualBox doesn’t provide technical support, although there’s an active user forum.

But again, it’s important to circle back around to VirtualBox’s interface, which isn’t nearly as slick or easy to use as the others. If you’re an IT professional or someone with the time to play around with open-source software, by all means, consider VirtualBox. Otherwise, pay for a copy of Parallels 15 or VMware Fusion 11.5.

VirtualBox is available to download online. It’s available for Mac, Windows, Linux, and Solaris too.

Who’s this for: Open-source software is preferred by many computer users and for those folks, VirtualBox is a great choice. Plus, it’s free.

What about Apple’s Bootcamp?

If you rather not use a third-party solution, consider Apple’s Boot Camp. Built into macOS, the software isn’t run on virtualization technology. Instead, it lets you boot your Mac into another operating system at startup, either a separate version of macOS or copy of Windows 8, Windows 8.1, or Windows 10.

The biggest disadvantage of using Boot Camp over virtualization is that you can’t access your primary operating system at the same time. This means, for example, you can’t check your Apple Mail at the same time as you’re using Windows.

On the flip side, with Boot Camp, there’s no hardware sharing. Therefore, only the active operating system is using your system’s graphics card and processor. If you own an older Mac, you might experience a significant performance jump versus virtualization because of this.

Who’s this for: If you want to run Windows nearly exclusively on your Mac, Boot Camp is almost certainly the choice for you. If you plan on going back and forth often between Mac and Windows, pick another solution.

Unlike macOS, Windows isn’t free. Therefore, regardless of the virtualization solution you choose, understand that you still need to purchase a Windows license to use the operating system on your Mac long-term. A Windows 10 Home license will set you back $139, while Windows 10 Pro is $199.

Let us know below if you have any questions about virtualization or Boot Camp.