Gaming — with its huge demands on bandwidth, graphics and overall processing power — is likely to be one of the big use cases for 5G networking in the future, and today one of the big players in consumer gaming hardware showed off a 5G router that underscores that trend. Razer, the consumer electronics upstart that has long billed itself as “for gamers, by gamers,” today at CES showed off a new product called the Razer Sila 5G Home Router — a high-speed networking device that both automatically prioritizes bandwidth for gaming and streaming, and also lets users choose which devices on the network get more or less juice. 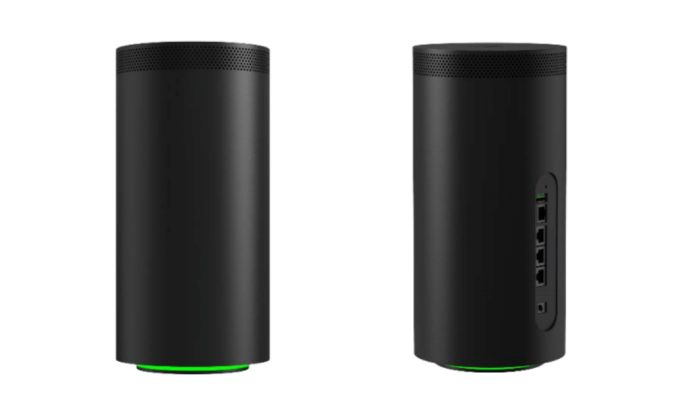 Alongside that, it also unveiled a new universal mobile gaming controller — Razer Kishi; a new gaming desktop Razer Tomahawk Gaming Desktop, and a new Razer e-racing simulator created in collaboration with game publishers and vendors. The Sila and e-racing simulator are both concept pieces at this point, while the Android- and iOS-compatible controller will be on the market in early 2020. (No date given for the Tomahawk.)

Razer — which went public in 2017 (market cap currently around $1.5 billion) — has faced recent controversy from a number of former employees coming out to criticize its figurehead and CEO, Min-Liang Tan, and how he runs the company, alleging a culture of fear with violent threats and more. Tan at the time of the reports brushed off the remarks claiming they were in jest, but it’s notable that he doesn’t seem to be making himself particularly visible or available this year at the show — a contrast from years before.

Instead, we are presented with the fruits of the company’s labor over the past year, a time where it has continued to produce hardware — computers, peripherals like controllers, mainly — but has made a number of moves to figure out the best way ahead with software and services, where it says it is increasing its share of revenue, but has also shut down its digital game store, as well as its Ouya and Forge TV services.

Although it’s only still a concept, the Sila 5G Home Router is perhaps the most exciting of the pack of announcements this year, as it is tapping into a bigger wave of interest in 5G by giving it a more relevant feel to the consumer market; and represents a notable new area for Razer itself (in routers).

The Sila is described as a “high-speed networking device tailored for gamers” and notable features include ultra-low latency during both stationary and mobile gameplay, built on Razer’s FasTrack engine — which allows a user to play a game with no pings or interruptions from other services or network glitches. The router has a built-in rechargeable battery so you can travel with it and use it outside the home.

Razer’s presence at CES where it shows off its latest ideas has become a regular fixture at the annual event for good reason.

As gaming has expanded beyond traditional consoles and into the cloud and across the web to PCs and phones, it has become one of the most demanding uses of computer processing power, putting machines through their paces not just in graphics, but audio and overall responsiveness when it comes to gameplay. At CES, if you go to any of the big product launches for the computing giants (Nvidia, AMD, Intel, Qualcomm), or visit any number of stands showing off the latest in computing tech, gaming is the most common demo you will see as a “proof point” — not just because it’s eye-catching, but because it genuinely is a test of how well something works.

So it’s no surprise that Razer, a company building hardware specifically for the gaming market, has a regular, big presence at CES, where it shows off both products that it plans to launch as well as those that are still in concept, in order to test market interest and have some fun with what could be in the future.

(It’s also a very obvious reason why Intel became an investor in the company many years ago when it was still in startup mode. It was a strategic move that helped ensure both that Intel could collaborate with Razer to have a closer idea of what is needed and should be built, but also to make sure that its chipsets are at the core of those new gaming-focused machines).