Limited edition, collector’s edition, deluxe edition, special edition: these are all titles that gamers are all too well familiar with. For the longest time, game publishers and marketers have made limited edition versions of their games for die-hard fans and physical video game and memorabilia collectors. This can be done to ensure more game sales, hype for the product, or simply fan service. These editions are offering players additional digital content, in-game bonuses, or DLC. Or these editions can include physical memorabilia: statues of in-game characters, steel covers for your game disk, art books, comics, and even remote-controlled robots! The Completionist made a wonderful video listing his top 10 video game collector edition releases, and there’s lots of good stuff you’d definitely want to get your hands on.

The company is called Limited Run Games, they are specializing in producing small batches of officially licensed physical versions of games, along with making awesome collector’s edition releases. And these are not your expected best new games Call of Duty, Bioshock, or God of War Ragnarok collectibles. TETRIS EFFECT | BLOOD: FRESH SUPPLY | TEENAGE MUTANT NINJA TURTLES | DOOM ETERNAL ULTIMATE EDITION. Bet you did not expect these games to have collector’s editions, but they do because of Limited Run Games. Let’s go over these one by one so you can see just how much fun these are. 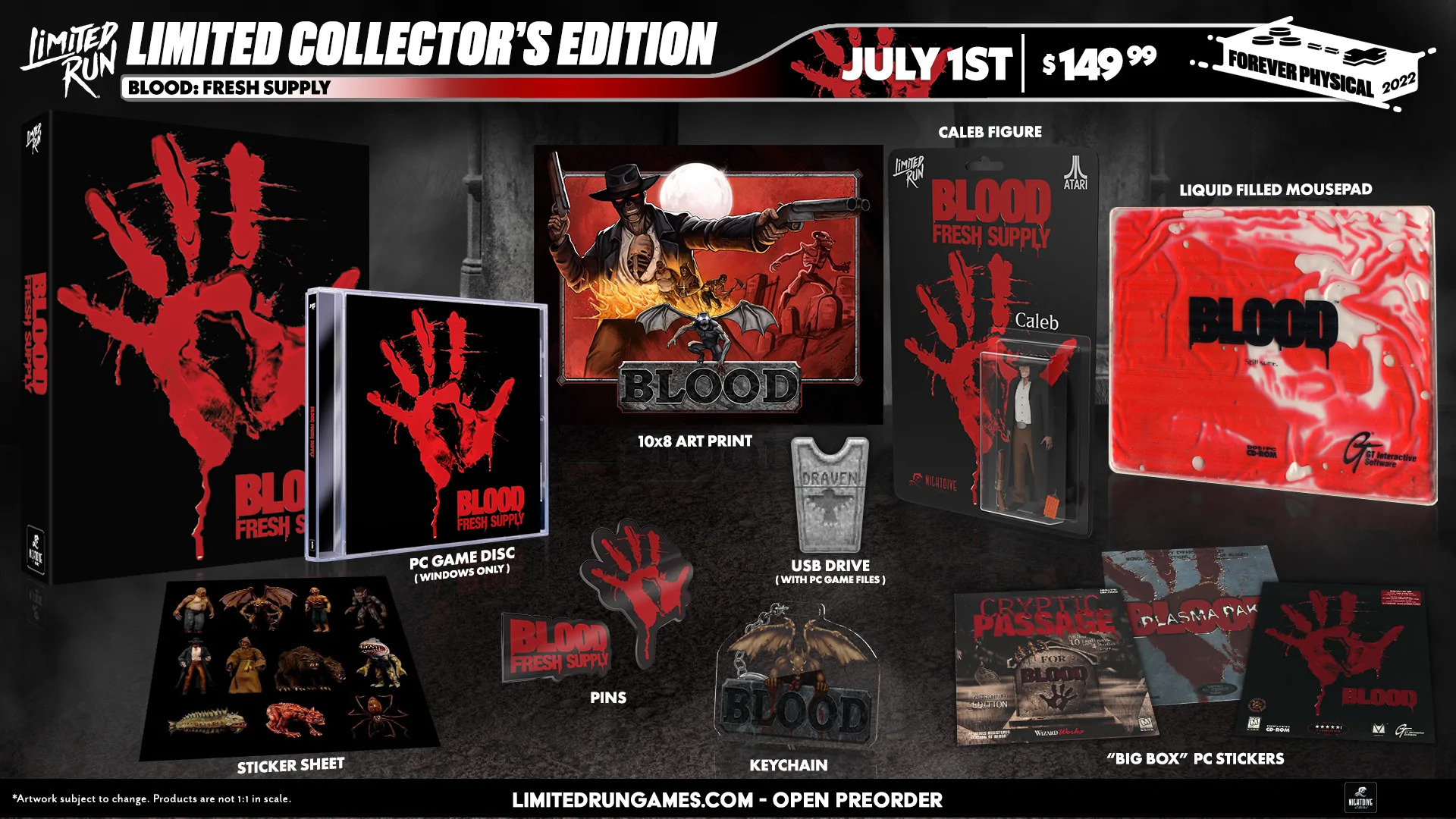 Blood Fresh Supply Collector’s Edition PC. Blood was originally a build engine game created in 1997, it is considered to be in the holy trinity of early FPS shooters, the other two being the original DOOM and Shadow Warrior. This game received an update from Nightdive Studios and included many quality of life improvements which made it way more accessible for modern PCs. Limited Run Games decided to fill this collector’s edition with some pretty cool items. The liquid-filled mouse pad, the Caleb action figure, and the grave-shaped USB drive are my favorites. All of the printed artwork on the poster, stickers, and boxes look great and on point. 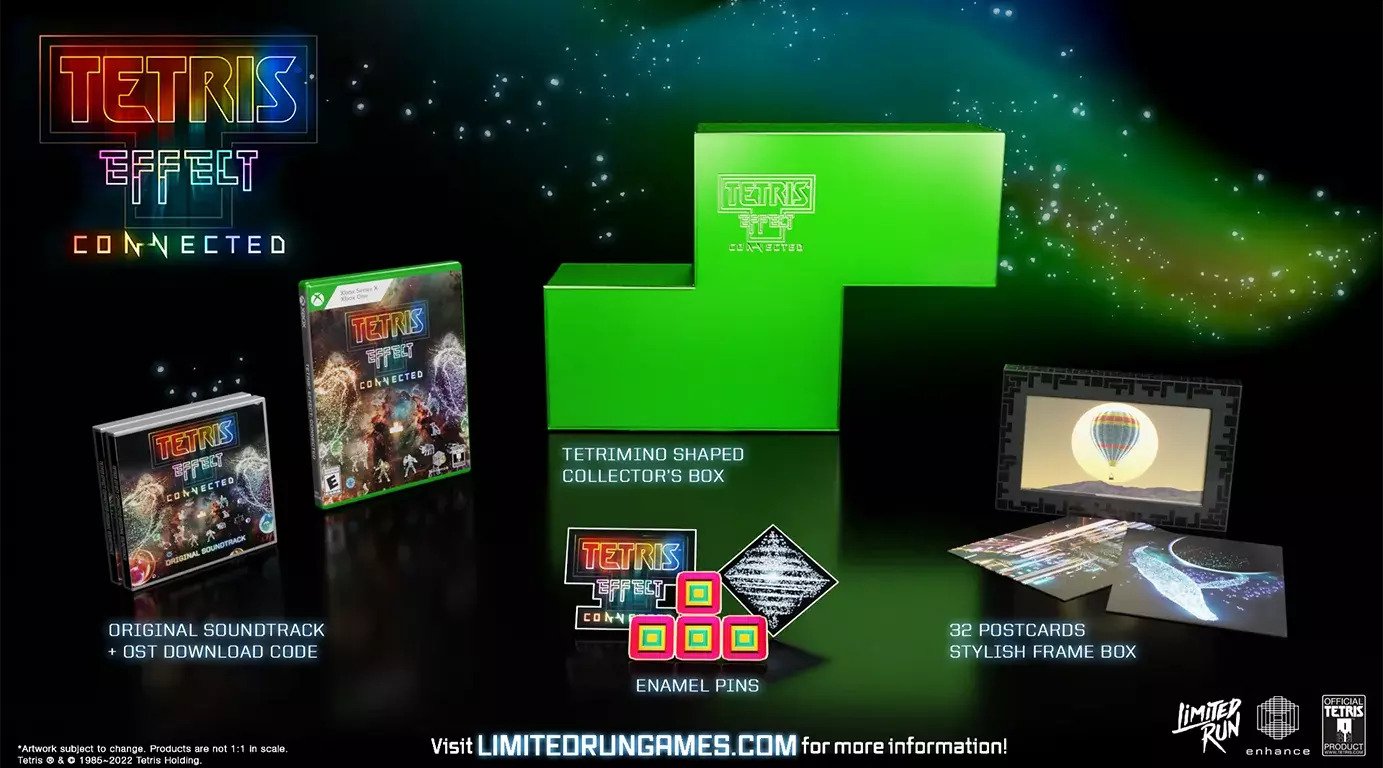 I’m honestly amazed that they made a Tetris Effect Connected Collector’s Edition set, Tetris of all games! Not many items are included here, but still, the thought of having this set is crazy and unique enough, it can be a great conversation starter as well. 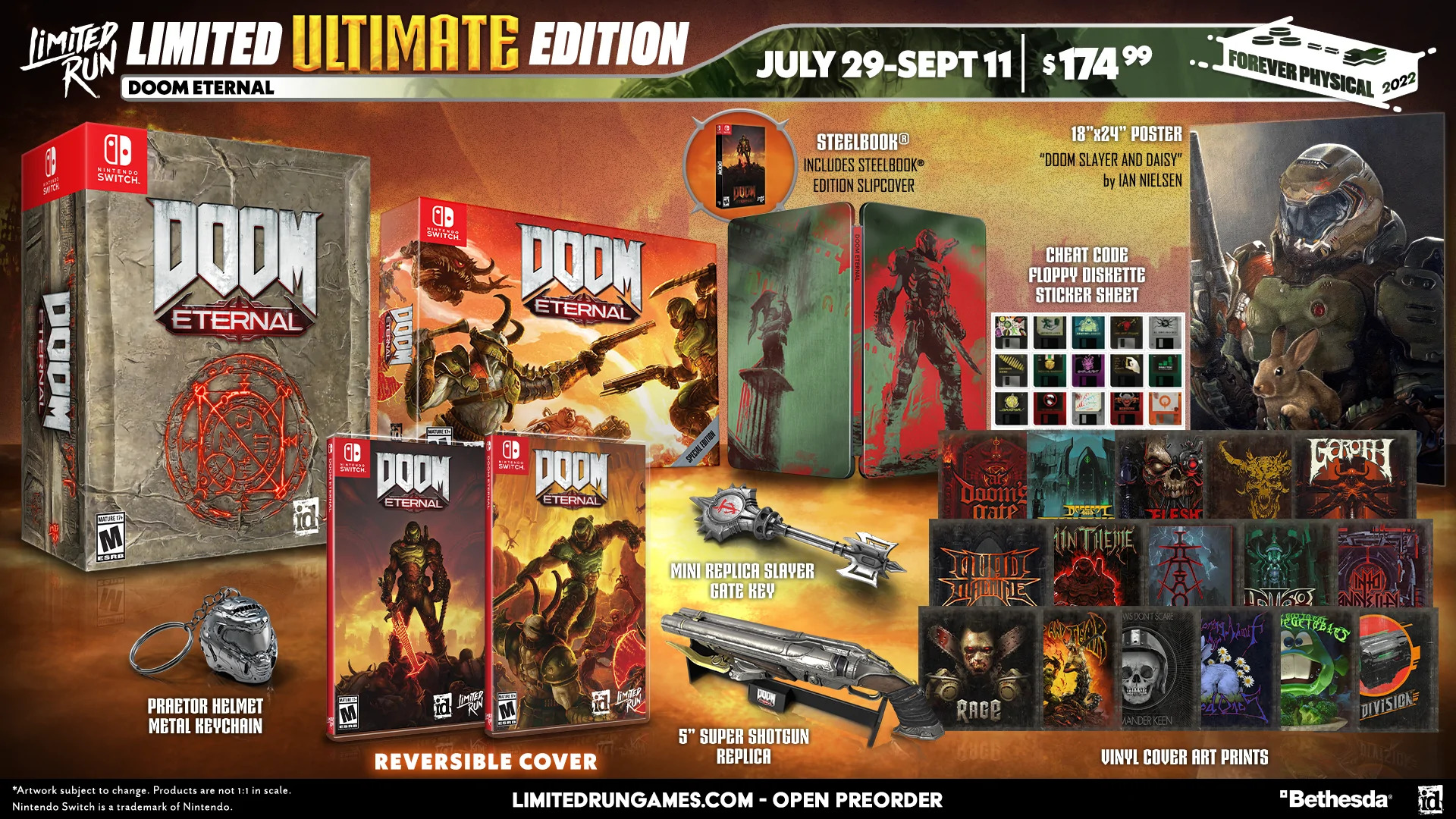 The DOOM ETERNAL ULTIMATE EDITION. Honestly, I’m jealous that we never got such a cool set for the PC edition. I’m most jealous of the mini slayer gate key and of course the 5-inch super shotgun!!! Besides those two, there are many other cool little trinkets and prints, but I loved those two collectibles the most. 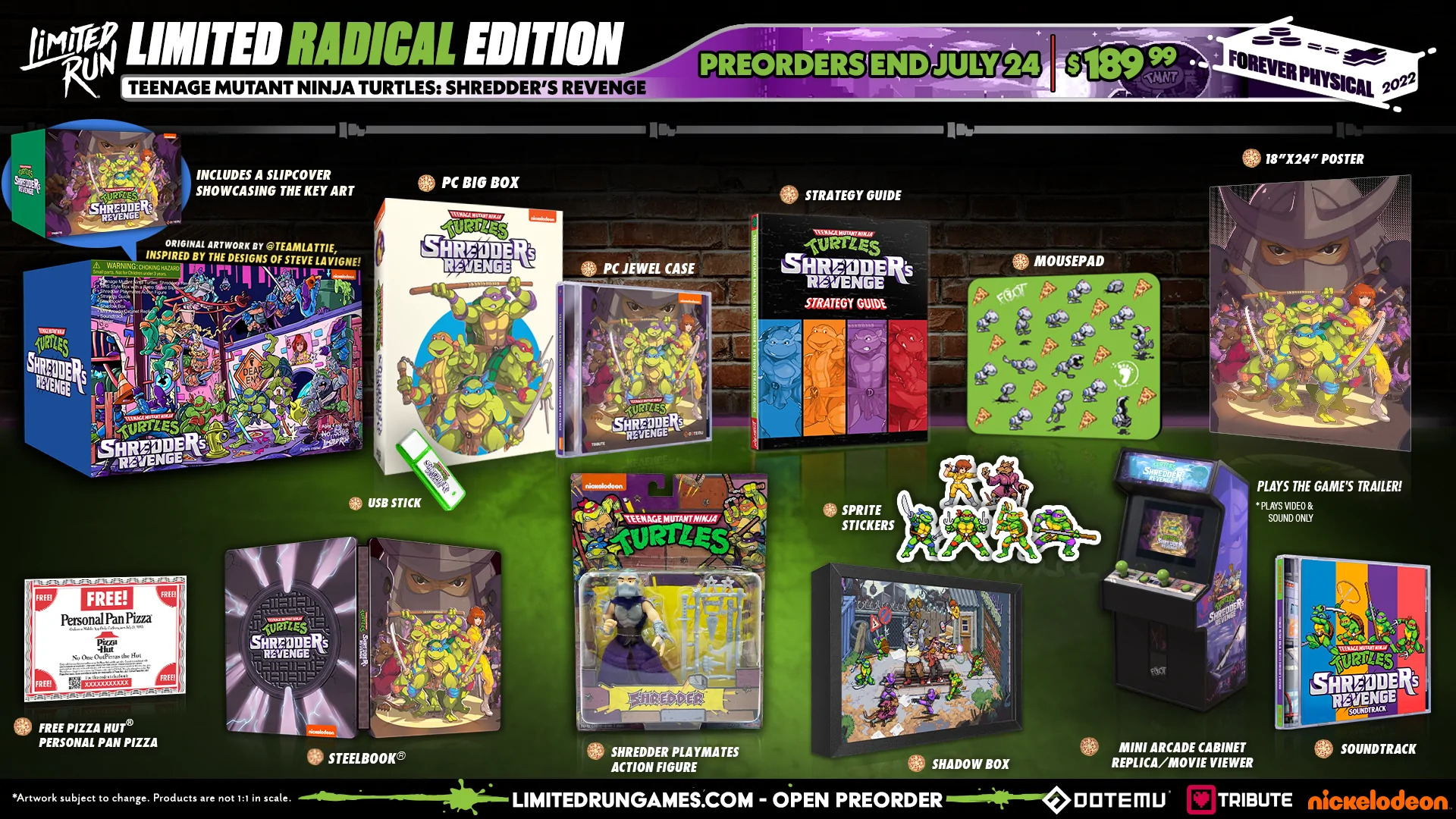 And finally the Teenage Mutant Ninja Turtles Radical Edition. This one seems to be the most packed with different kinds of items. There’s a Shredder action figure, a tiny arcade cabinet that can play video but sadly can’t play games, and even a free Pizza Hut personal pan pizza coupon. This one is packed with goodies.

Now, all of these sets are good and awesome, but how much they cost is a more important question, and is it worth getting these collector’s edition sets? Generally, all of these sets are pretty expensive, ranging from $100 – $200 per set. Depending on the set you’re getting and how much you love the game, the prices can be justified. Sadly there aren’t many YouTube reviews out there for you to get a good look at the product before spending so much money on it. You’ll also have to place preorders for these sets because they do come in limited batches. However, this company has been around for a while now and seems to be pretty reliable. This is apparent by the amount of coverage it is getting from other reliable sources. Besides, some of these sets do seem to be reasonably priced for the amount of collectibles you are getting in return and there are far more expensive collector’s editions out there. Take a look at God of War Ragnarok Jotnar Edition. It includes a cool looking 16 inch Mjolnir replica, dice, a vinyl record, a ring, and a box full of goodies and digital content. This set costs $260, much more expensive than any other set I’ve featured here. Yes, this set might include more collectibles altogether but I’d argue that most of them aren’t that valuable. Although the fact that the Jotnar edition is out of stock whilst the collector’s edition is still available proves that this set is pretty valuable to the fans.

So, if you’ve wanted to get your hands on a collector’s edition set for your favorite game, you now have a lot more choices and a cool array of sets to pick from.