New Nvidia Shield TV sees its first sale, and you can buy its remote separately 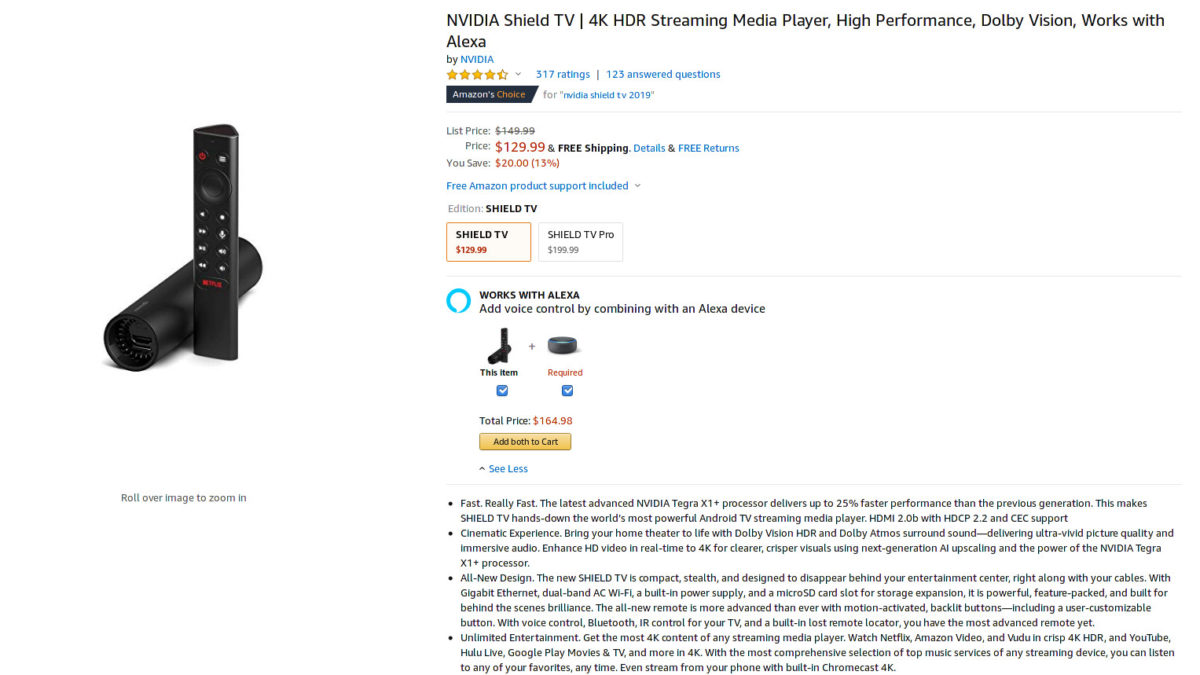 Nvidia’s newly updated Shield TV is one of the best Android TV streaming devices you can get. It offers reliable performance, a sleek, unobtrusive design, and a super functional remote. Now, the new Nvidia Shield TV is even cheaper than before, thanks to its first-ever sale. And if you have an older Nvidia Shield TV device, you can now pick up that remote separately over on Nvidia’s website.

It’s no secret: We love the Nvidia Shield TV lineup. The company’s first iteration was best in its class, and only its successor could dethrone it. Unfortunately, Nvidia also makes some of the most expensive Android TV boxes.

The Pro variant retails for $200, while the standard model comes in at $149. At least that’s how much it was before this Amazon sale took $20 (13%) off the standard Nvidia Shield TV.

We think this device is a substantial upgrade over the older model, but not a necessary one. Nvidia’s first-generation Shield TV is still a solid Android TV box, and now, you can get a slightly upgraded experience without spending too much money.

You can now pick up the 2019 Nvidia Shield TV’s remote separately and use it on your old box. The device is available for only $30, but you can only pick it up from Nvidia’s website right now. We don’t know if this will work on other Android TV boxes or not, but it’s worth considering if you have the first generation Nvidia Shield TV model.

Nvidia Shield TV
The 2019 Nvidia Shield TV is a no-brainer for Netflix bingers or gamers alike. It’s better, cheaper, more powerful, and easier to use and brings impressive new features and even more support for the best streaming content available.
Nvidia Shield TV Remote
The 2019 Nvidia Shield TV remote is much larger than the previous generation’s offering. It features a new find-my-remote feature in the Nvidia remote control app, backlit buttons that illuminate when you pick it up, a prominent Netflix button for quicker access, and a new triangular design that feels comfortable in the hand.

Turn your photography hobby into a side business

Plug into a new cloud networking career and save 97%

Up your charging choices with the Anker PowerPort Cube

AdGuard: Save 66% on the world’s most advanced ad blocker

Complete your gaming setup with an RGB Gaming Mousepad