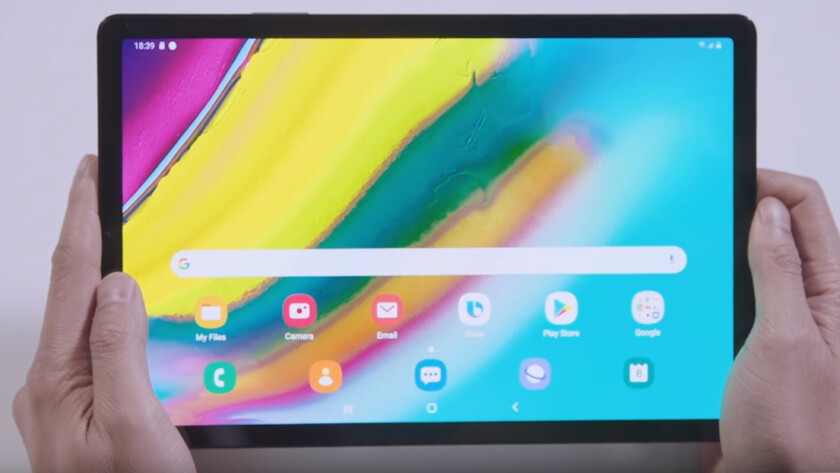 The recently released Samsung Galaxy Tab S5e is a good-looking mid-range tablet that ships with Android 9 Pie. However, consumers are discovering a pretty big flaw by literally getting their hands on the device.

According to Instagram user @davidwaner (via SamMobile), when one holds the Samsung Galaxy Tab S5e as depicted in the image above — i.e., in landscape position with the front-facing camera to the left — the tablet’s Wi-Fi connection can degrade or drop out entirely.

SamMobile tested out the issue using its own tablet and found strong evidence to support that cupping your hand over the tablet’s top left corner can degrade the Wi-Fi signal by as much as 50 percent. The Instagram user claims that Wi-Fi completely shut off on their tablet, but SamMobile wasn’t able to duplicate that.

The Instagram user allegedly contacted Samsung about the problem and received a replacement — but that new unit also had the same issue.

It appears we might have another iPhone 4 situation on our hands.

Back in 2010, the then just-released Apple iPhone 4 made big news when users complained of dropped signal strength when holding the phone in a certain way. It turned out that the antenna placement on the edges of the device caused a major loss of cellular signal if the user’s hand covered the hardware. Complaints about the flaw resulted in a very famous Steve Jobs response in which he said, “just avoid holding it that way.”

It appears this Samsung Galaxy Tab S5e issue could have similar ramifications. If the tablet’s hardware is designed in such a way that the Wi-Fi antenna is located in that corner, there’s nothing Samsung can really do about it, outside of re-designing and re-releasing the tablet.

We’ve reached out to Samsung for comment on the situation and will update this article if and when we hear back.