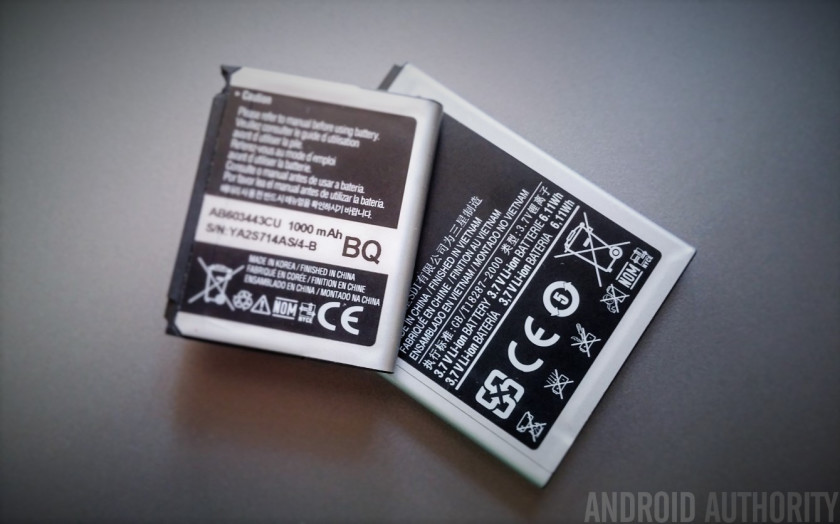 Lithium-ion (Li-ion) batteries are the rechargeable cell of choice for smartphones and most of today’s other battery-powered gadgets. Despite their prevalence, Li-ion batteries are limited in power density, have reasonably short lifespans, and can become a fire hazard if damaged or incorrectly charged. These drawbacks could be a thing of the past in the not-too-distant future if gadgets move over to solid-state battery technologies.

New research out of a Columbia University Engineering team, via phys.org, has uncovered a method to stabilize solid electrolytes in lithium metal, a.k.a solid-state batteries. Utilizing a boron nitride nano-coating can produce batteries that offer up to 10 times the charge capacity of graphite based Li-ion batteries. In addition, ceramic electrolytes often used in solid-state battery design are non-flammable, reducing safety concerns.

What’s the difference between a Li-ion and solid-state battery?

Solid state battery technology isn’t a brand new idea, but build materials, design safety, costs, and production techniques are hindering adoption. To understand why let’s dive into a little background on traditional Lithium-Ion batteries and why they aren’t so easy to replace.

The trouble with Dendrites

Besides costs, dendrites are the biggest problem with solid-state batteries. Dendrite is a crystal-like build-up of lithium metal that typically starts at the anode and can grow throughout the battery. This occurs as a result of high current charging and discharging, where ions in the solid electrolyte combine with electrons to form a layer of solid lithium metal.

Dendrite built-up reduces the available electrolyte capacity of the battery, reducing its store of charge. Worse still, large dendrite build-up will eventually pierce the battery cathode/anode separator, causing a short circuit that will destroy the battery and could cause a fire.

Today’s Li-ion batteries sidestep the dendrite issue by using liquid electrolytes for the conductive pathways, rather than a solid metal which would allow for ions to be packed closer together for greater capacity. Unfortunately, this liquid is flammable, which can cause Li-ion batteries to combust under high pressure, heat, or current. Graphite is then often used in the intercalated lithium anode material, offering long-term stability at some expense to maximum charge flow. Graphene and silicon-based alloys have seen their share of experimentation to improve performance.

Combined, Li-ion battery chemicals, materials, and construction limit the formation of dendrites by essentially reducing and controlling the flow of ions. The trade-off is a loss of battery density and capacity, and increased flammability and the need for safety protection. Solid state lithium metal batteries are considered the holy grail of rechargeable battery performance but are much more difficult to stabilize than liquid Li-ion cells.

How new research is solving the problem

Research from the Columbia University Engineering team, conducted with colleagues at Brookhaven National Lab and the City University of New York, offers a solution for the dendrites problem for solid state batteries.

How to extend your Android’s phone battery life

Sure, we call our Android devices “phones,” but the modern smartphone is so wildly different from that curly-corded contraption mounted to your grandmother’s kitchen wall that it would probably be more accurate to call them personal computers …

A  5 to 10nm boron nitride (BN) nano-film isolates the lithium metal and the ionic conductor. Insulating the two layers prevents a dendrite build up or short circuit, but is thin enough to maximize the battery’s energy density. The technology also uses a small amount of liquid electrolyte, but the design predominantly uses a ceramic, solid-state design for maximum energy capacity. This BN layer is designed with built-in defects, allowing lithium ions to pass through to charge and discharge the battery.

In a nutshell, the team has created a very thin barrier that prevents dendrites from occurring. This, in turn, enables the use of very compact ceramic electrolytes, which offers greater capacity than traditional lithium-ion batteries, reduces the fire hazard risk, and prolongs battery life. The next stage of the research will investigate a broader range of unstable solid electrolytes and make optimizations for fabrication.

The Columbia University Engineering team isn’t the only game in town for solid-state battery technology. LiPON, LGPS, and LLZO material-based designs are also undergoing research in an effort to replace today’s Li-ion batteries. Most are aiming for similar goals, including higher battery capacities, longer lifespans, and lower risks of fire. The next major hurdle is bringing these battery designs out of the laboratory and into manufacturing facilities and products.

From a consumer perspective, the key benefits of stable solid-state battery technology are: up to six times faster charging, 2-to-10 times the energy density, longer cycle life of up to 10 years (compared to two), and no flammable components. That’s certainly a boon for smartphones and consumer electronic devices. The sooner it gets here, the better.