Thanks to Voxel DOOM we finally got good-looking 3D demons

What else can be said about DOOM that has not been said before? The granddaddy of all first-person shooters is one of the most well-known and influential games of all time. I myself am a big DOOM fan. I’ve read numerous articles and watched lots of YouTube videos and countless documentaries about the DOOM lore, gameplay, various stories, and its creation processes. Hell, there’s even gonna be a brand new documentary First Person Shooter: The Definitive FPS Doc which advertises itself as the definitive documentary for all things FPS, and guess which game is going to be covered in it.

A new mod called Voxel Doom, created by a user named _chillo finally gives us demons that look really good in 3D and without any compromises. Chello has managed to transform the original sprites into gorgeous-looking 3D models. If you’re not paying close attention you might not even notice these new models in game because they blend so well.

Surely, this isn’t the first time someone has attempted to make the original DOOM game three-dimensional. However, previous attempts at making 3D demons always ended up feeling way too uncanny and downright ugly. The new designs did not look like their original counterparts, and this new somewhat flat texture did not fit well with the old, grimy, golden design of DOOM. Take a look at some pictures from a failed 3D mod yourself. 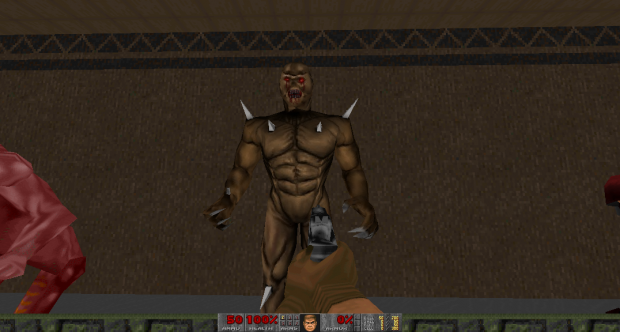 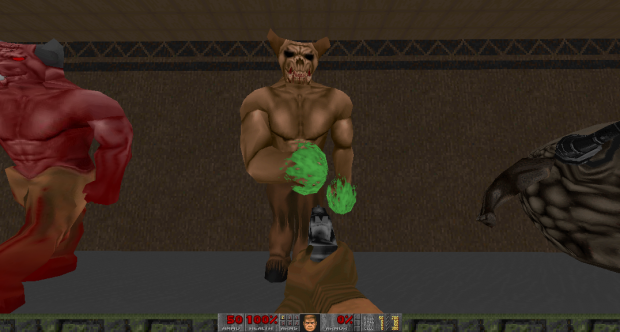 With this new voxel doom mod, the creator _chillo has gone above and beyond. He did not stop with just the demons, all of the weapon and item pickups, lamps, toxic barrels, floating corpses, and other dead marines are now represented in full glory and are looking better than ever. To try this mod yourself, download the voxel doom mod and enjoy this new refined DOOM experience. Take a glimpse at some of the new 3D environmental decorations as well as the working process that transformed the classic DOOM marine into 3D.

Also, take a look at a gameplay video from DOOM 2 (Map #8 – Tricks and Traps). Be sure to check out other gaming news, if you’ve enjoyed this one.